According to reports, actor Sidharth Malhotra and actress Kiara Advani, who're rumoured to be dating, are planning to bring in the new year at the Maldives. 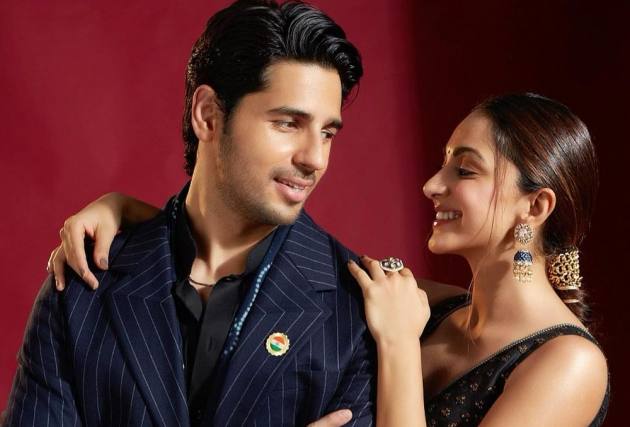 Bollywood stars and rumoured couple Siddharth Malhotra and Kiara Advani were photographed at the Mumbai airport on Tuesday. The actress was seen at Malhotra's home a few days ago, and sources say the two have been planning a romantic vacation to ring in the New Year 2022 together.

The couple has been in the news several times because of their rumoured romance. When they arrived at the airport earlier today, they were very casual about the presence of the paparazzi, and both of them happily waved at the cameras as they made their way to the airport gate for a security check.

Malhotra looked dapper in an olive green shirt and black trousers, while Advani looked gorgeous in a tie-dyed oversized hoodie dress. The couple also travelled to the Maldives for the New Year's celebrations in 2021, sparking questions about their relationship status. According to reports by DNA, the couple has jetted off to the picturesque destination of the Maldives this year too, to bring in the New Year.

In November, Malhotra opened up about his wedding plans. “I feel it is something that will take its course. That film production has not happened yet. I don’t have the story, script, or cast ready for that. As and when it happens, or falls into my lap, I will let everyone else know," he told Hindustan Times.

The couple recently impressed the audience with their smouldering chemistry in the film 'Shershaah.' Capt. Vikram Batra was played by Malhotra, and Dimple Cheema, his lifelong love, was played by Advani. The movie was a huge hit, with both critics and audiences praising it.