This year's list featured a major new entrant: SRK's son Aryan Khan, who came in at No. 7 on the Most Searched Personality list after his detention by the Narcotics Control Bureau in October sparked massive online attention. 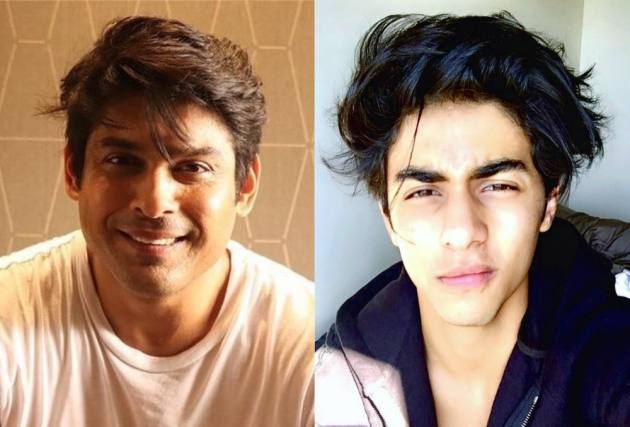 Yahoo! today released the Year in Review (YIR) for India for 2021, a compilation of the year's most notable personalities, newsmakers, and events based on users' daily search behaviours. Prime Minister Narendra Modi has recaptured his status as India's Most Searched Personality, which he has held since 2017 (with a brief slip last year, when late actor Sushant Singh Rajput took the top spot.) Cricketer Virat Kohli came in second after a rollercoaster year of highs and lows, while West Bengal Chief Minister Mamata Banerjee rounded out the top three after a resounding victory in the state assembly election.

Fans lamented the tragic death of prominent TV actor Sidharth Shukla, who was ranked No. 4 on the list. This year's list featured a major new entrant: superstar Shah Rukh Khan's son Aryan Khan, who came in at No. 7 on the Most Searched Personality list after his detention by the Narcotics Control Bureau in October sparked massive online attention.

Sidharth Shukla is the most searched male celebrity.

Fans of two young, well-liked celebrities who died in 2021 — Sidharth Shukla and Kannada cinema star Puneeth Rajkumar — flocked to the internet in search of explanations. In 2021, Sidharth Shukla was the most googled male celebrity in India, while Puneeth Rajkumar was No. 4 on the list of most sought male celebrities. Salman Khan and Allu Arjun came in second and third, respectively. Thespian Dilip Kumar, who died at the age of 98, was ranked No. 5, with followers sending a farewell homage to him online.

Kareena Kapoor Khan, who recently gave birth to her second child and published The Pregnancy Bible, was India's most googled female celebrity in 2021. Katrina Kaif came in second, thanks to the popularity of Sooryavanshi and personal news that sparked attention online. Priyanka Chopra Jonas (No. 3), Alia Bhatt (No. 4), and Deepika Padukone (No. 5) were among the top female celebrities sought in India. Samantha Ruth Prabhu, who has been in the headlines for both professional and personal reasons, was a new arrival at No. 10 on this year's list. She recently announced her separation with actor Naga Chaitanya.