A day after the attack, DJ Marshmello even took to Twitter to send out his prayers to "those affected by the Pulwama attack". 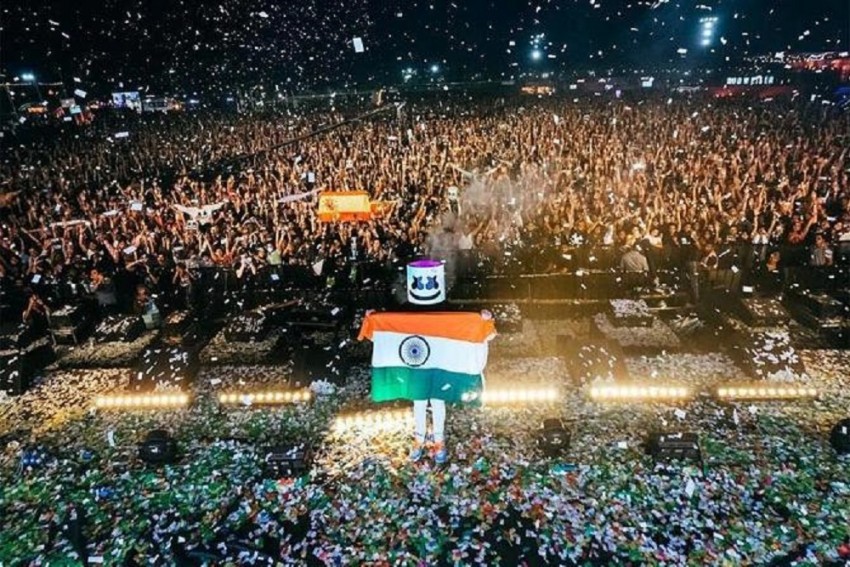 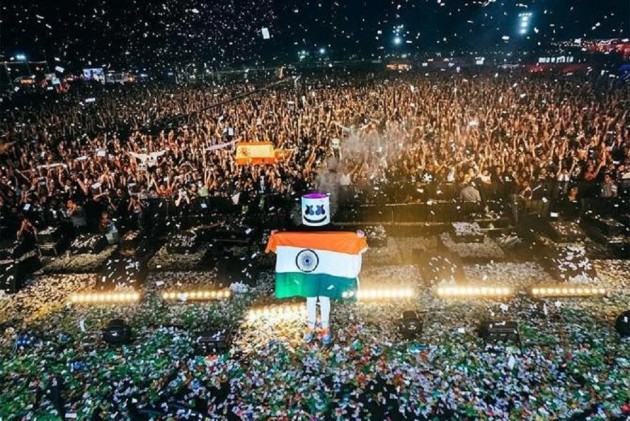 Before making his fans dance to his foot-tapping numbers here, American electronic music producer and DJ Marshmello observed a two-minute silence for the 40 CRPF troopers who were killed in the Pulwama terror attack.

With the Indian flag projected in the background, DJ Marshmello said here on Sunday: "Two minutes silence for the Indian soldiers who lost their lives in a terrorist attack."

As many as 40 CRPF personnel were killed on February 14, when a Jaish-e-Mohammad (JeM) terrorist rammed an explosive-laden vehicle into a Central Reserve Police Force (CRPF) convoy on the Jammu-Srinagar highway in Pulwama.

A day after the incident, DJ Marshmello even took to Twitter to send out his prayers to "those affected by the Pulwama attack".

A lot of attendees, sporting oversized white buckets with black eyes and a wide smile -- similar to Marshmello's headgear, praised him for paying tribute to the slain CRPF jawans at Vh1 Supersonic 2019 on Sunday.

"So many artistes performed at the festival, but it was only Marshmello who remembered the jawans. I respect him even more now," a fan told IANS after his show that brought down the curtain on the two-day festival here.

Soon after the tribute and waving the Indian flag, Marshmello got people on their feet by playing "Aankh marey" from Ranveer Singh-starrer "Simmba".

His show had another Bollywood touch -- Kartik Aaryan, who made Marshmello dance to the song "Coca Cola" from the actor's film "Luka Chuppi".

That wasn't the only time he danced on the stage. He even showed some of the dance moves that featured in the video of his latest song -- "Biba" for which he had collaborated with Bollywood music composer Pritam.

The crowd cheering sound was in sync with the beats of his tracks like "Friends", "Everyday", "Silence" and "Wolves". He also won the crowd's hearts with his twist to songs like "We like to party! (The Vengabus)" by Vengaboys and "Livin' on a prayer" by Bon Jovi.

Though he had his helmet on throughout the performance and kept his identity a secret, he did encourage the crowd "to make some noise".

After his last song, "Happier", he thanked the audience by saying: "Thank you guys so much for making it so special. I'll see you next time."

I Am Not A Permanent Replacement For Sidhu On 'The Kapil Sharma Show', Says Archana Puran Singh