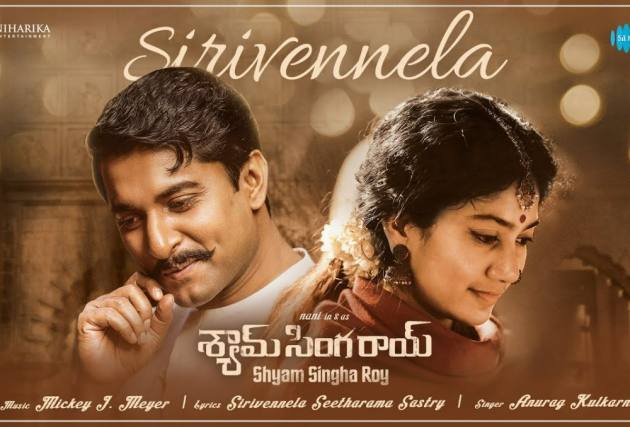 The film is directed by Rahul Sankrityan and produced on a big budget by Venkat Boyanapalli under Niharika Entertainments.

On the day of the lyricist's last rites (December 1) the song 'Sirivennela' was recorded. The filmmakers have already stated that the film will be dedicated to Sastry .

Music composer Mickey J Meyer has composed a soulful melody that depicts Nani and actress Sai Pallavi's sweet love story. They only see each other at night, and  Pallavi savours every second of Nani's company.

They visit the cinema and other locations, and the love story appears epic. The song is enhanced by Nani and  Pallavi's class romance. The music complements the aesthetic visuals nicely. 'Sirivennela''s lyrics have a deep meaning, and  Sastry's lines radiate cosmic love. The song has been  sung by Anurag Kulkarni.

Besides Pallavi, the film also features, Krithi Shetty, and Madonna Sebastian, backed with an original story by writer Satyadev Janga. The editor is Naveen Nooli, and the film's songs were choreographed by National Award winner and choreographers  Kruti Mahesh and the Yash master.

'Shyam Singha Roy' is set to release in  Tamil, Telugu, Kannada  and Malayalam  on December 24.

The cinematography is done by Sanu John Varghese and the production designing is curated by Avisnash Kolla. The execucutive producer of the film is S Venkata Rathnam (Venkat).

The fight scenes are curated by stunt director Ravi Varma. Public relations officer for the film is Vamsi Shekhar.