Actor Sivakarthikeyan and actor-filmmaker Kamal Haasan have announced their collaboration for the yet-to-be-titled flick. Details below. 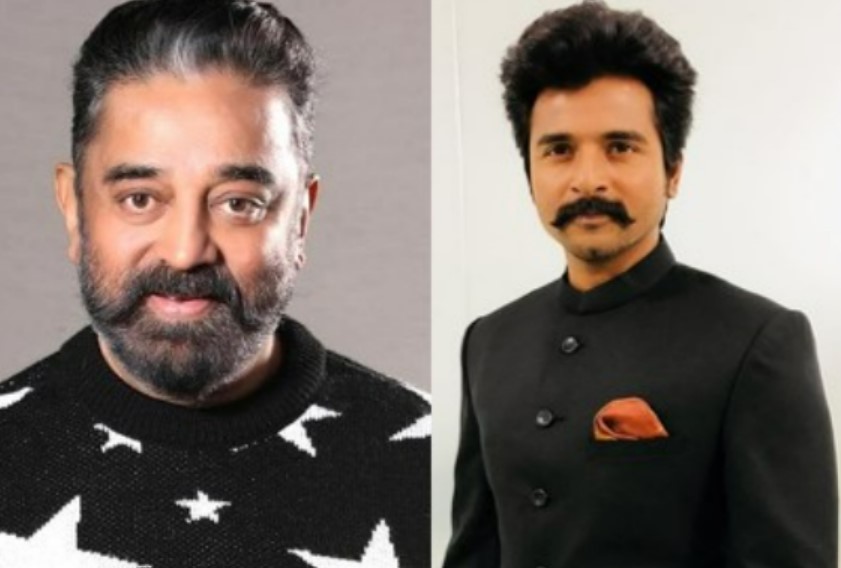 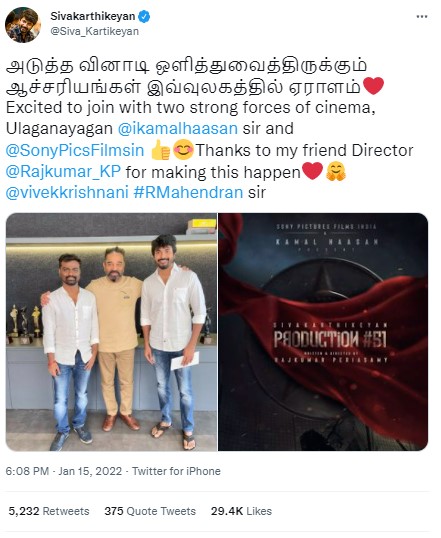 The yet-to-be titled film is directed by Rajkumar Periaswamy. The actor also shared a pic featuring Haasan and the director to announce the same.

Sharing the big announcement, Sivakarthikeyan wrote in Tamil, which is loosely translated as:

"There are plenty of surprises in this world that will be hidden for the next quiz. Excited to join with two strong forces of cinema, Ulaganayagan @ikamalhaasan sir and @SonyPicsFilmsin.Thanks to my friend Director @Rajkumar_KP for making this happen.@vivekkrishnani #RMahendran sir."

Despite the fact that plot details are being kept under wraps, the announcement poster has prompted netizens to speculate that the film will be either a period drama or a superhero film. The yet-to-be-titled is being referred to as '#SK21'.

Sivakarthikeyan is on with back-to-back film announcements. On New Year's eve, the actor announced his next with 'Jathi Ratnalu's director KV Anudee for a bilingual film, which will be made in Tamil and Telugu.

Produced by Narayan Das Narang of Asian Cinema, this film will mark Sivakarthikeyan's debut in Tollywood. The music composer of 'SK20', SS Thaman has already begun curating music for the same.

Meanwhile, Sivakarthikeyan is also awaiting the release of the upcoming Tamil science-fiction thriller 'Ayalaan'. He is also shooting for director Cibi Chakravarthi's 'Don.'