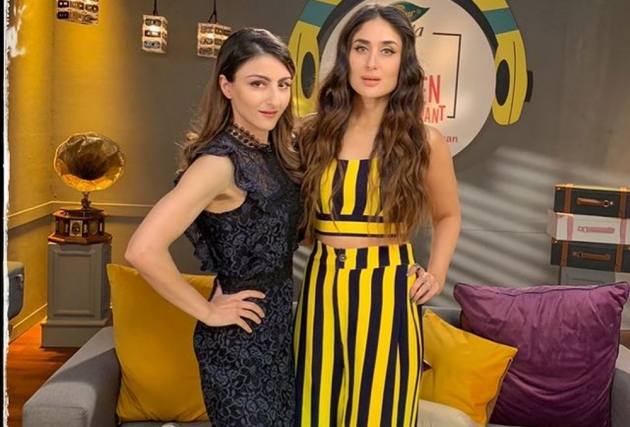 Actress Soha Ali Khan recently said that her sister-in-law and actress Kareena Kapoor Khan is the ‘the life of the party’ and that she is very ‘bindass’, who does not care about appearances.

Speaking to RJ Siddharth Kannan, Soha Ali Khan said that Kareena Kapoor compliments her brother and actor Saif Ali Khan beautifully. She said, “She’s really funny. It’s great to see them together because what I’d imagined of her, is not how she is at all. She’s very bindaas, she really doesn’t care about appearances. She’s just inherently… The way she tells stories, it’s lots of fun to be with her.”

Talking about her mother Sharmila Tagore, she said, “She’s very scary, it’s not sweet at all. Everyone says Bangla is a mishti language, it’s not at all. She would only lose her temper in Bangla and do hisaab-kitaab in Bangla. As a result, none of us speak any Bengali. My brother and her have this wonderful relationship, where every time they fight with each other they call me. And I have to intercede.”

In a recent interview with The Indian Express, Soha Ali Khan described working with her mother as ‘terrifying’. She said, “I have worked with my mother in a film called 'Life Goes On', which was terrifying. To do one advertisement with her, I feel very scared. Her standards are very high. Everything from costumes to design to matching shoes, she does it all in two weeks in advance. And when it comes to me, my clothes inevitably have some dal stain or something and I am least bothered.”

Soha Ali Khan is married to actor Kunal Khemu and they have a daughter named Inaaya.

On the work front the actress was last seen in the web series ‘Kaun Banegi Shikharwati’. She worked alongside veteran actor Naseeruddin Shah and other actors such as Lara Dutta, Kritika Kamra, Anya Singh and Raghubir Yadav.