In an open letter that Mohapatra shared on Twitter, she recalled how she was asked to leave the judge's seat of a reality show after her calling out Anu Malik as a 'serial predator' and that he had been one for years. 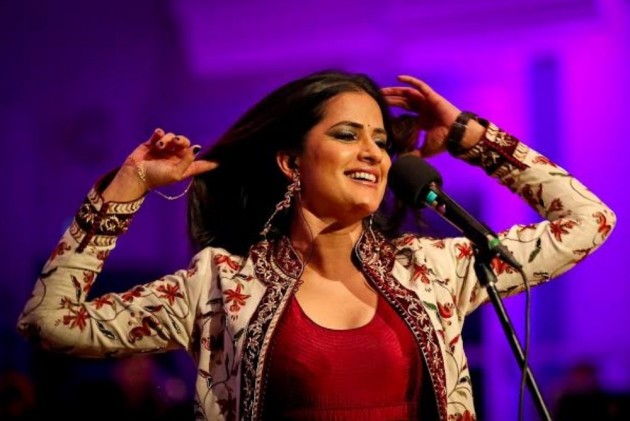 Sona Mohapatra -- singer, music composer and lyricist -- has come down heavily on Sony Pictures International for reinstating Anu Malik as a judge on its reality show "Indian Idol", asking if the aforementioned media conglomerate would even dare do the same on "American Idol".

In an open letter that Mohapatra shared on Twitter, she recalled how, last year, she was asked to leave the judge's seat of a reality show when she called out Anu Malik as a "serial predator" and that he had been one for years.   Mohapatra had also allaged that singer Kailash Kher had placed his hand on her thigh while they were discussing a concert.

Just this morning, another singer Neha Bhasin, too, shared her traumatic experience of being with Anu.

I agee with you. We do live in a very sexist world. Anu Malik is a predetor, i too have run away from his strange moves when i was 21. I didn't let myself get into a sticky situation beyond him lying on a sofa in front of me talking about my eyes in a studio. I fleed lying https://t.co/tQgStLrYyT

"Anu Malik is a predetor, i too have run away from his strange moves when i was 21," Bhasin wrote on Twitter.

Mohapatra, in her letter, mentioned Sonu Nigam who had come out in support of Anu last year. She added that Sonu had called her husband, Ram Sampath, and asked him to "keep her in check".

And then, the singer took aim at another judge, Vishal Dadlani, for having shared the judges' panel with Anu despite several women accusing him of inappropriate behaviour when the #MeToo movement gained momentum last year.

She hit out at Dadlani for failing to "walk the talk", adding the "dignity" of women should mean more to him that a few million in the bank.

Here's the letter she tweeted: