Sonakshi Sinha first voiced her views on the ongoing agitation after international pop singer Rihanna drew attention to the protests via her now-viral tweet. 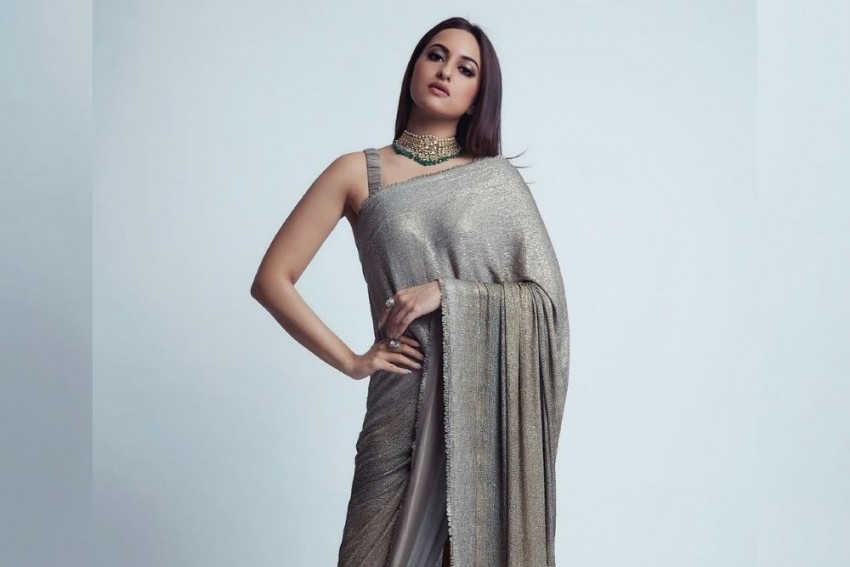 Going all out in support of farmers protesting against the three farm laws passed by the Centre, actor Sonakshi Sinha narrated a heartfelt poem, described as a "tribute to the hands that feed us".

Last week, the 33-year-old actor, had expressed solidarity with the farmers and now shared a video on Instagram on Wednesday evening to share her thoughts about the protesting farmers.

The 1 minute 19 second-long clip captures the visuals of the distressed farmers, who have gathered at various border points of Delhi since November last year as part of their protest against the Centre's farm laws.

According to Sinha, the Hindi poem was penned by Varad Bhatnagar, and the video was shot and conceptualised by Gursanjam Singh Puri.

"Nazarein milake, khud se poocho - kyun? A tribute to the hands that feed us... a beautiful poem written by @varadbhatnagar. Shot and conceptualized by @gursanjam.s.puri and narrated by me. #farmersprotest," she captioned the post.

"Why? Everybody is asking this question. Why have we got down on the roads? Leaving behind the fields, why have we stepped into these cities? These hands that would once plow the fields why have we now got into this politics?" Sinha asks as she recites the poem in the video.

She further questioned why the elders and children, who are out on the roads to protest, are labelled as rioters.

"Do they look like rioters? Why? Can't they all ask for their own rights? Why? Everyone enjoys the meal that we all have can't we all stand for them? Why? Ask yourself, why?" the actor asks as she urges people to show solidarity with the farmers.

Sinha first voiced her views on the ongoing agitation after international pop singer Rihanna drew attention to the protests via her now-viral tweet.

"Why aren't we talking about this? #FarmersProtest," Rihanna wrote on February 2 as she shared a CNN news report headlined, 'India cuts internet around New Delhi as protesting farmers clash with police.'

Days after Rihanna's tweet, Sinha shared quotes on her Instagram Stories from a page called storysellers comics, which said the voices raised by international celebrities are "about the violation of human rights, suppression of free internet and expression, state propaganda, hate speech, and abuse of power."

Last week, the government had criticised the tweets by Rihanna and other international celebrities, saying facts must be ascertained before people rushing to comment on the issue, calling it "neither accurate nor responsible".

One of the Stories on Sinha's profile also dismissed the argument that it was India's internal matter, saying, "these are not alien species but fellow humans who are speaking up for the rights of other humans."

The "Dabangg" actor is among few celebrities from Bollywood including Taapsee Pannu, Richa Chadha, Swara Bhasker, Ali Fazal, Sushant Singh, among others, who have been actively participating in the discourse around the farm bills.

Thousands of farmers have been camping at Delhi's borders since November demanding the repeal of three new agriculture laws that they say will end the minimum support price (MSP) based procurement of crops like wheat and paddy by the government and usher in big corporates into the farm sector.