Sonu Nigam : I Get Tears In My Eyes When I See People Listening To My Songs On Independence Day

Singer Sonu Nigam feels grateful about the fact that songs such as ‘Sandese Aate Hain’, ‘Zindagi Maut Na Ban Jaye’ and ‘Mera Rang De Basanti Chola’, are some of the most played songs during the Independence Day celebrations in the country. 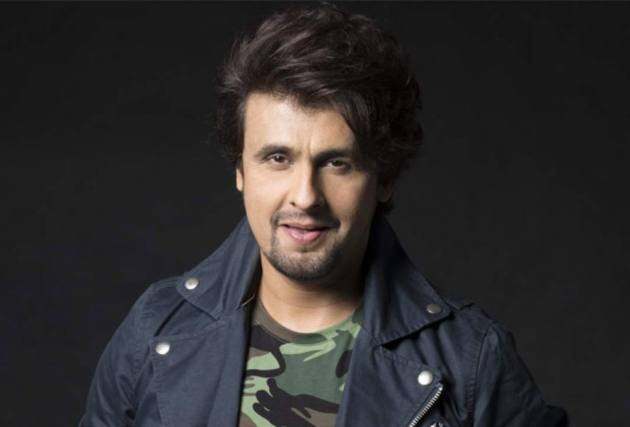 Sonu Nigam still remembers the song ‘Mera Rang De Basanti Chola’ from the 1965 film ‘Shaheed’, playing from the loudspeakers in every “nook and corner” of Delhi on Independence Day, when he was growing up.

“I remember I was in school then and I used to get tears in my eyes listening to those songs, because it was just something about those songs and the occasion that made you feel so passionate about your country. I remember listening to all such patriotic songs, and especially on Independence Day, they used to play on TV and radio all day long,” he recalls.

So now, when his version of ‘Mera Rang De Basanti Chola’ from the film ‘The Legend Of Bhagat Singh’ plays on speakers across the country, it is understandable why he gets “teary eyed” again.

“I now get teary eyed, because to me, I have grown up listening to those songs from 'Shaheed' and 'Haqeeqat', and I have seen how so many people, including me, were inspired to do something for their country,” he says.

“It feels like what we sort of grew up on and what inspired us, is exactly what is happening through me and our music. It really matters to me when I hear a song like ‘Zindagi Maut Na Ban Jaye’ (From Sarfarosh) on speakers, in some pandal or a tent in Worli or Sakinaka in Mumbai, on Independence Day,” he adds.

“JP Dutta sahab loves his country and is a big patriot. I remember, what his brief to Javed Akhtar sahab was, and he came up with these beautiful lines. Anu Malik had the challenge to create a long song and my challenge was to you know create a legacy just like Rafi sahab did with ‘Kar Chale Hum Fida’," he says.

“What I did not expect was the reaction. Each decade it has only gotten bigger and yes, we all worked towards creating a beautiful song, but this was all down to luck and I couldn’t be more grateful to the God for blessing us with it,” he signs off.

And while Nigam admits that his dedication, when it comes to recording patriotic numbers is no different to the effort he puts in when he is recording a “love song or a dance song”, he explains that patriotic songs require a very different effort.

“In a way, patriotic songs are also about love. But its not the love one has for one’s beloved. Its more submissive and more selfless. So, you need to adapt to that when singing a patriotic song,” he signs off.