The award ceremony was attended by many superstars from the Kannada, Telugu, Tamil, and Malayalam film industries. 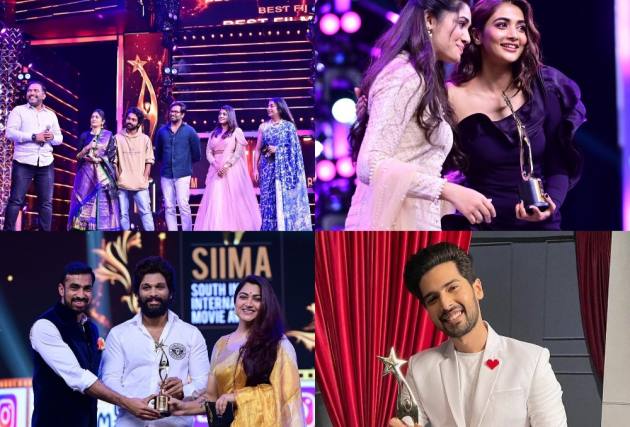 The awards night honoured actors, technicians, and films from the Tamil, Telugu, Kannada, and Malayalam cinema industries, which made a mark in the years 2019 and 2020. It was raining awards for celebs, especially for movies like Suriya's ‘Soorari Pottru’ and Allu Arjun's ‘Ala Vaikunthapuramloo’.

While Suriya won Best Actor for ‘Soorari Pottru’, the rest of the team won in various categories including wins for Sudha Kongara for Best Director and GV Prakash for Best Music Director.

Entertainment of the Year: Anil Ravipudi for 'F2'

Entertainer of the Year: Nani for 'Jersey' and 'Gang Leader'