Director Rohit Shetty and filmmaker Karan Johar took to social media to thank the Telugu star for his kind words about 'Sooryavanshi'. 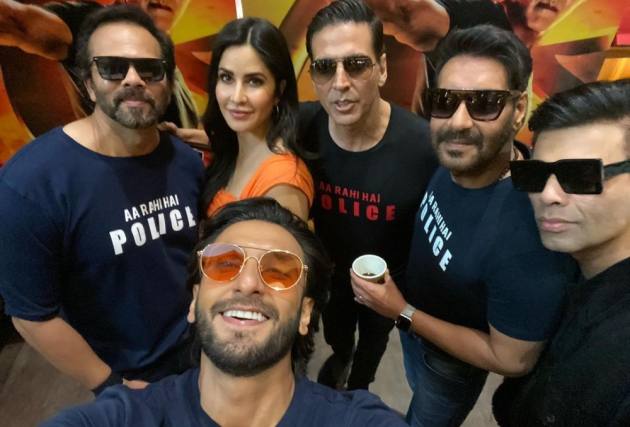 Filmmaker Karan Johar and Rohit Shetty tweeted a video of Telugu star Allu Arjun, where he strongly supported the upcoming Hindi film 'Sooryavanshi'.  Allu was speaking at the pre-lease event of Telugu film 'Varudu Kaavalenu' when he sent out best wishes to the team of Akshay Kumar starrer, hoping that this would bring the audience back to theatres after a long dry spell.

Allu had said: "I really wish from the whole of South India all the best to the entire team of 'Sooryavanshi'. I really wish you get people back to the theatres and everybody gets back to cinema and watches this entertainment in a very very safe way."

Responding to Shetty, Allu said, "Most welcome Rohit Ji  Hope "OUR" film brings back people to theatres again. And we bring back those entertaining times again. Positive that this will pave way for all of us."

Johar, who is one of the producers of the film, also thanked Allu through Twitter.

An absolute superstar through and through, thank you @alluarjun for your love!!âÂÂÂÂ¤ï¸ÂÂÂÂ https://t.co/Ef1hzhf3LN

'Sooryavanshi' also stars Ajay Devgn, Ranveer Singh and Katrina Kaif in the lead and is part of Shetty's 'cop universe'.

Meanwhile, Allu will release his much-awaited film 'Pushpa: The Rise", which will release in multiple languages.