‘Special Ops 1.5’ actor Kay Kay Menon speaks to Outlook about the latest season of the Neeraj Pandey directed show and how he feels OTT is changing the game. 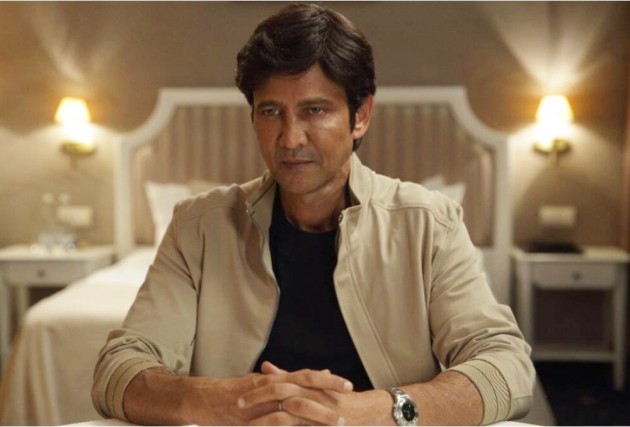 Actor Kay Kay Menon has come up with the new season of ‘Special Ops’. Surprisingly, this isn’t ‘Special Ops 2’ but is ‘Special Ops 1.5’ and goes with the tagline, ‘The Himmat Singh Story’. In a candid chat with Outlook, Menon speaks up about why this is 1.5 and not 2, why he loves writer-director Neeraj Pandey’s stories, and how he feels OTT is making it a level playing field for all actors. Excerpts from the chat:

That’s because it’s 1.5 (laughs). With Neeraj Pandey, you can expect the unexpected. It is all about Himmat Singh. It is his story completely.

Was the Himmat Singh story always in the plan or did it happen after the fantastic response the character got for the 2001 Parliament sequence?

Actually, I guess this question is meant for Neeraj Pandey, but from what I know it just came to him from his creativity. Normally, I don’t feel that he would want to do something keeping the results in mind. He does not go by the result of something and then does something. He is a creative person whose mind works continuously. I am sure one fine day he must have thought of making a show based particularly on Himmat Singh to give fullness to the character. So it’s possible that it generated from there. Other than this I have no idea when and how he thought about it.

How much of the Himmat Singh character was already written in the script and how much have you brought in from your end?

The best thing about Neeraj’s writing is that it is very complete in itself, so it becomes really easy for the actors to adapt and perform. It is all about the writing. His writing is so precise and thorough in terms of what he wants, so it becomes very easy for me or any other actor to play the character that he writes.

‘Special Ops’ is one of the most loved OTT shows from India. With the boom of OTT in India, do you feel in recent years that actors who were probably not getting enough work in mainstream films are finally getting their due?

I guess OTT has, kind of (made it), a level playing field because the button is now in the hands of the audience and there is no dearth of releases and so it is a level playing field. The merit of your content will show its true colour, whereas earlier in theatre if the films didn’t get any proper release, people didn’t get to see it. Now, it is completely in the hands of the audience and individually one can watch a show or series, so it is a level playing field. However, cinemas (theatres) have their own charm, these are two completely different mediums and both have their own duty in terms of how the mediums will be in future and I think that these two can co-exist peacefully.

How difficult is it to shoot in this ‘new normal’?

It is quite difficult to shoot. Nowadays the situation is a bit better but still, everybody has to take the necessary precautions. That is the only way, to be safe and I think the more careful we are, will be better for all of us.

What after ‘Special Ops’ can we see you in?