‘Special Ops 1.5’ Director Neeraj Pandey: Patriotism Is Not The Agenda, These Are Stories About People 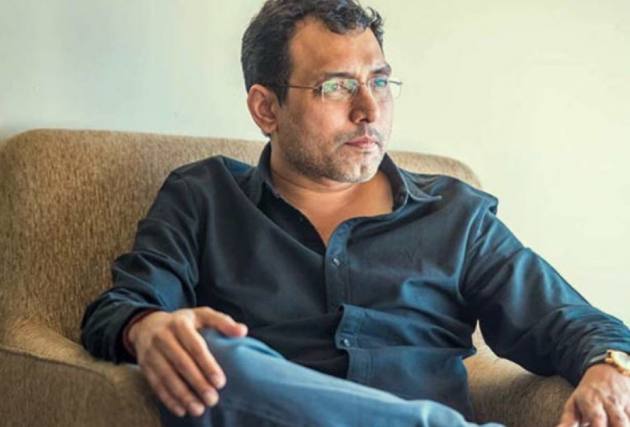 Filmmaker Neeraj Pandey’s ‘Special Ops 1.5’ has opened up to a great response. The show has been garnering the best of reviews. Talking to Outlook, Neeraj Pandey speaks up about how did the show materialise, how they shot in exotic locales despite a pandemic, how he tries to not make patriotic stories come out as jingoistic, and why does India not have an international spy like James Bond or Ethan Hunt. Excerpts from the short conversation:

Firstly, this is not a regular eight-ten episodic season. This is a four-episode season and secondly because we wanted to go back in time to season 1 and pick up another strand of the story from season 1 rather than continuing from where we had left. So we go back in time to 2001 and go into the sequence of events that made Himmat Singh, a character that Kay Kay Menon is playing, what he is today. It is essentially a story of what happened in 2001 and the aftermath of the parliament attack and what where the sequence of events that happened in Himmat Singh’s life back then.

Was writing the Himmat Singh story an afterthought after you saw the immense love the 2001 parliament attack sequence received in ‘Special Ops’? Or was this Himmat story always meant to be?

It’s not about the popularity of the 2001 sequence. It’s not that somebody came and told us that the whole series based on the parliament sequence was very good. It is the aftermath of the success of the series. We thought that it is a good time to go back and tell the people what happened in the past because if we don’t tell it now and go on with the regular sequence, then we would never be able to show the audience this part of the story. It was something that we decided based on the success of season 1.

‘Special Ops’ is known for its exotic locations and grandeur of shoot. But this time you shot amidst a pandemic. How difficult was it to shoot this time?

No, it was very tough and you said it actually. When we were shooting in Bombay there were several shoot restrictions. There were several night sequences that were to be shot in Bombay and Delhi. It was a tough one from that point of view, trying to juggle with time and people and then that reflects on the number of days we wanted to shoot because we can only shoot for a particular period of time in a day and then the travel aspect. Rightly said, this (‘Special Ops’) is always taking place in some part of the world or the other, multiple countries and multiple places. It was quite difficult for us to figure out what would be conducive to the Covid protocols and vaccinations of the different countries we were approaching. The entire credit goes to the production team for this. They kept on mapping and figuring out dates. So that is the only reason we have mounted it the way we wanted to.

Is the job of an intelligence agent a thankless job?

Well, it actually depends on how you perceive it. It is for the person to say, who is in those pair of shoes whether or not he/she feels it is a thankless job. It is not for me to say it. There are people who know; these are very intelligent people who know what they aim for. It is not that they come into the field and then they figure out these facts about the payback and the sacrifices that they have to make and the recognition. So these people know everything about this field and still choose to be a part of it. So, I would suggest that it entirely depends on the people who are working.

You make spy thrillers so well, but why does India not have any international spy like James Bond or Ethan Hunt?

Now that is sort of a sorry way to look at it. Our films are quite young in that sense and also we don’t make our films in a universal language. So those are a couple of things to start with. The day we start reaching out to other countries through any form of content, so that day we will stand for our content to be recognised throughout the world. I am sure there will be some sort of content in the digital or films in the very near future that will cut through the clutter and will be accepted in different parts of the world. It is bound to happen.

You make a lot of projects with the backdrop of patriotism. How do you ensure the patriotic feeling never becomes jingoistic?

By not thinking too much (about it). It is not the agenda. Patriotism is not the agenda. These are stories about people, about what they go through and what they feel and how they go about their work. There is no underlying agenda over here as a storyteller to highlight one particular aspect. It is never there and so that is the reason it is not in your face and it is not jingoistic. I just don’t think too much about it. I like to operate without an agenda.

You’re known to work with ensemble casts? How difficult is it to keep everyone happy in the cast with their screen time?

(Laughs) I think most of the actors have figured out that this is not how it works when you are working in an ensemble. I think most of them are aware of it, they know that we (Friday Filmworks) don’t look at things in a biased way. For us, all the cast members are equally important. We serve the story as producer, writer and director. So, everyone is here to serve the content. It is not about furthering up any other cause.

When you work with a big star like Akshay Kumar, does it come with its own baggage of stardom?

Not at all, never. My first film with Akshay Kumar was ‘Special 26’ and I thought that he was the right person for it. You don’t think too far ahead, you make choices and one choice leads to another and that’s how it goes on.

What after ‘Special Ops’ can we see coming from you?

We are still trying to figure out if we are in a position to start ‘Chanakya’. We are evaluating that constantly in terms of the demands of that project. We don’t want to get stuck in between because of the scale and the nature of the project. We want to be very sure that we will be able to start and finish it within a given time period. Then there are multiple other projects that are in development.