It has its moments and has all the ingredients which make a spiderman movie great, yet the sum of all its parts does not live up to the hype. 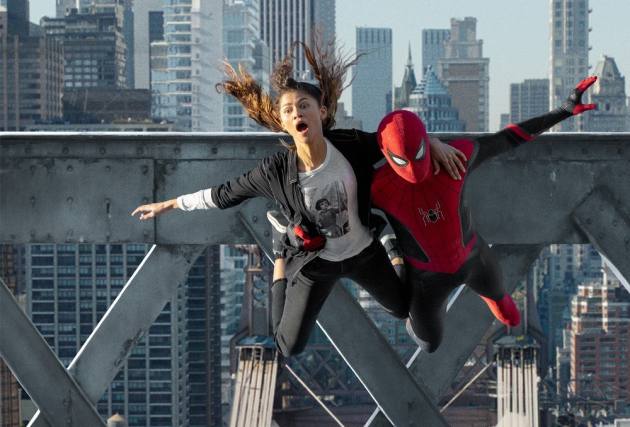 There was a lot of positive buzz around ‘Spider-man: No Way Home’, well in advance before its release. The third instalment to the film starring Tom Holland as the friendly neighbourhood spiderman is probably poised to become one of the biggest Marvel movies, post ‘Avengers: Endgame’. As reports surfaced regarding cameos from characters not only in the current MCU but also from the previous movies based on the superhero, the anticipation to see the complete film only got heightened and everyone was waiting with a lot of excitement, about what this third instalment in this spiderman franchise would have in store for the viewers.

The premise of the story is simple, Tom Holland’s Peter Parker is trying hard to figure out a plan by which the world as he knows it, will once again forget that he is the spiderman, after Mysterio (Jake Gyllenhaal) had revealed his secret identity in the previous film.

In his pursuit, he lands up at Dr. Stephen Strange’s doorstep, who is no longer the sorcerer supreme, due to a “technicality”. But he still decides to help Parker, since they saved half the universe and all that. In doing that, Peter Parker invites everyone who knew he is the Spiderman, prior to Mysterio’s public revelation.

It also includes people from different universes, including some of the most iconic nemesis(es). Instead of fighting them, Parker decides to help them by saving them, but of course, as it happens in every other superhero movie, things don’t always go according to plan.

So, yes, it did live up to its hype, in terms of fan service. With old iconic lines from the film from the previous films, to (now) iconic super villains like Green Goblin and Electro returning along with a few others, there are plenty of moments in ‘Spiderman No Way Home’, that will excite the audiences and make them believe that this probably is the best ‘spiderman’ movie made so far.

And if that was not enough, there’s also Benedict Cumberbatch’s Dr. Strange, with his wits and tricks which pushes the film and the superhero’s basic premise from being just a friendly neighbour spiderman, further than anyone could have had ever imagined.

But, even though the film preaches that ‘with big power comes big responsibility’, it seems makers probably forgot to apply it on the movie, since instead of weaving all of these moments together to make a strong storyline, the movie tries to make more of these moments and the banter between the characters from different universes, at the cost of trying to get control of what’s exactly going on.

While watching the entire film for the first time, there will be little time to think, since it moves at a frantic speed, with several throwback memories involved. It's only after the end credits, and the post-credits scene that one will try to gauge what was really one’s view about the film. It has its moments and has all the ingredients which make a spiderman movie great. Yet, while it is great in parts, the sum of all the parts isn’t as great, as it probably could have been.