'Spider-Man No Way Home': Marvel Fans In India Ready To Pay Rs 2200 On One Movie Ticket?

The advance booking for 'Spider-Man: No Way Home' began on December 12 in the evening and has been shattering records. The film will be released on December 16th. 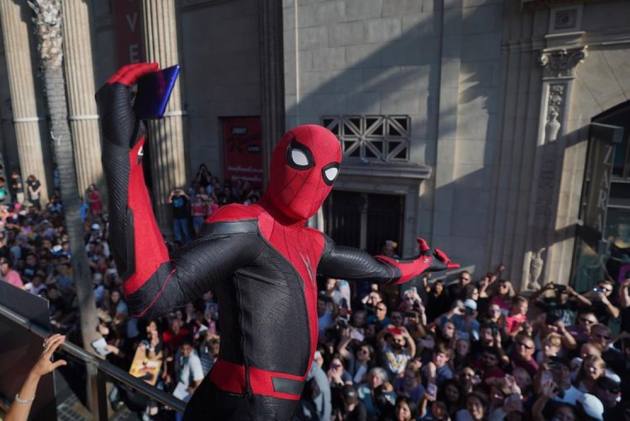 The release of 'Spider-Man: No Way Home' is almost approaching. The forthcoming Marvel Cinematic Universe (MCU) film will get its Indian debut on December 16, a day before its worldwide release on December 17.

The Tom Holland-Zendaya film is likely to shatter all box office records in India. Looking at the bookings for the biggest Marvel picture of the year, it's safe to conclude that this film will be a massive success. Despite the fact that Marvel films are popular all around the world, India is claimed to be one of the largest marketplaces.

According to a report by News 18, 'Spider-man' fans in India are ready to pay Rs 2200 for just one ticket, and the hype of the film is tremendous. The advance ticket sales began on Sunday evening, and a number of shows have already been declared sold out. According to Taran Adarsh's tweet, ticket prices have reached a new high, with No Way Home tickets going for as much as $2000.

Also, Pinkvilla reported that 'No Way Home,' made history as the movie sold over 50,000 tickets in PVR in over three hours.

In terms of scale and ambition, the film is said to be a 'almost-Avengers' picture. The film, which deals with the universe, has supervillains from previous Spider-Man film series. In addition to Hindi and English, it will be released in Tamil and Telugu in India.

Marvel's films have always piqued the interest of a sizable segment of the Indian audience. The 'Spider-Man' franchise is extremely popular. With Spidey's identity now exposed, the teaser has caught the interest of fans. Apart from India's major cities, demand for the MCU film is high in southern states like Kerala and Tamil Nadu.