The actor plays the role of Ali Abdul in the popular Korean web series. 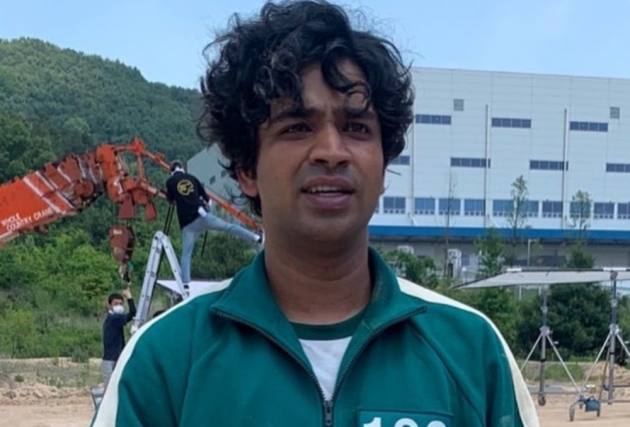 Actor Anupam Tripathi's popularity skyrocketed after he featured in popular Korean web series 'Squid Games'. The actor, who plays the role of a migrant Ali Abdul or Player Number 199, reveals that his mother advised him to stay humble after the sudden success.

Tripathi, who was born and brought up in New Delhi, has been living in Korea from past 11 years.

In an interview with News 18, he said: "She (mother) is very sweet. I told her that her son is now being asked about from around the world. She was very happy for me and congratulated me. She also said, ‘Zyaada udna mat. Paanv zameen par tika kar rakhna (Don’t fly high from your success. Be rooted to the ground).’ That humility and that kind of upbringing she has given me and I am very thankful to her. All my relatives and people I know are very happy about the show and they have only great things to say."

The actor reveals that his social media followers have been increasing rapidly. He never thought that the show would bring such acclaim.

"Till September 17, I knew about 3000 people. A few hours after the show went live, I started getting messages and that has not stopped yet. It was amazing to see my Instagram followers growing from 50,000 to 1 million to 1.5 million and so on. I never expected this sort of response and I am very happy that this happened. People were asking about Ali, my character, first and then about me,"said the actor.