Veteran actress Sridevi, who passed away in 2018, won the National Award for Best Actress posthumously for her role. 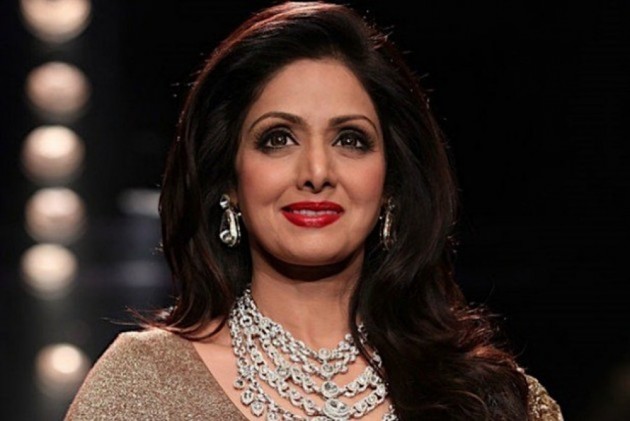 The movie was released in 38,500 screens in China by Zee Studios International on May 10. It had a better opening than Sriram Raghavan's "AndhaDhun" in the country.

According to the statement issued by the studio, the opening day collection of "Mom" is Rs 9.8 crore.

"'Mom' debuts at No. 4 position at China Box Office (opens better than last month's 'AndhaDhun')... Although the start is good, the business needs to witness an upturn on Saturday and Sunday for a healthy weekend total... Friday $1.64 million (Rs 11.47 cr). Note: Includes screenings held earlier," he tweeted.

#Mom debuts at No 4 position at #China BO [opens better than last month’s #AndhaDhun]... Although the start is good, the biz needs to witness an upturn on Sat and Sun for a healthy weekend total... Fri $ 1.64 million [âÂ¹ 11.47 cr]. Note: Includes screenings held earlier.

Adarsh has included the number from the preview screenings, which were held on Thursday.

Directed by Ravi Udyawar, Sridevi played a mother who sets out to ensure justice for her step-daughter (essayed by Pakistani actress Sajal Ali), who is gang-raped.

The veteran actress won the Best Actress National Award posthumously for her role.

Five years after "English Vinglish", Sridevi delivered a power-packed performance in "Mom" in 2017. She was seen in a cameo in "Zero" last year. The actress passed away on February 24, 2018.

Commenting on the opening numbers, Vibha Chopra, Head - Global Syndication and International Film Distribution, ZEE Entertainment, said: "We were confident that the film will be piqued well in China but these numbers have taken us by a huge surprise and left us elated. We are now optimistic of a record-breaking weekend.”

"The legendary stature of Sridevi is unmatched and taking her film to as many countries and people across the world, is our small way of showing our deepest gratitude to the filmmakers to trust it with taking the film far and wide," she said.

Stating on the partnership, producer of the film and Sridevi's husband Boney Kapoor said: "'Mom' is very close to our heart and we are very overwhelmed to witness the love the film is receiving in China... On such an occasion, I wish Sri was here to see the huge success her film has garnered."

Zee Studios International took Sridevi's iconic last to multiple regions including Poland, Czech, Russia, UAE, UK, USA, and Singapore. China is the 41st market that the film has been released in.