Sriram Raghavan's Next Titled 'Merry Christmas', Will Team Up With Katrina Kaif and Vijay Sethupathi

The film went on floors this week with the first schedule being extensively shot in Mumbai. 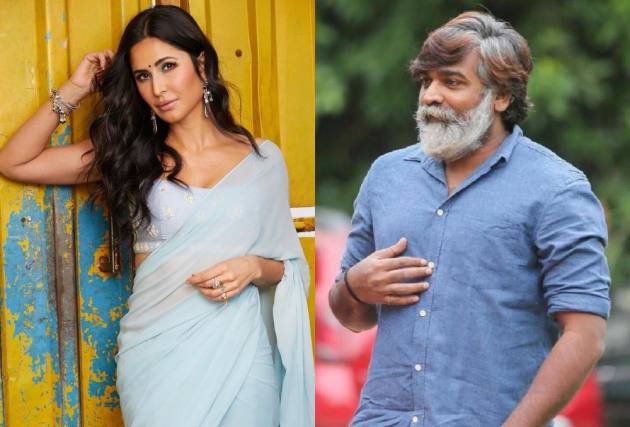 ‘National Film Award winning director Sriram Raghvan’s next film and its lead cast was announced on Saturday. Bollywood actress Katrina Kaif and south star Vijay Sethupathi are set to feature together for the first time in ‘Andhadhun’ filmmaker’s next film, titled 'Merry Christmas'.

Kaif, who tied the knot with actor Vicky Kaushal earlier this month, also shared the news and expressed her excitement to be working with Raghavan, best known for hits such as ‘Ek Haisna Thi’, ‘Badlapur’, ‘Andhadhun’. Kaif said she is equally thrilled to be teaming up for the first time with Sethupathi, the star of critical hits like ‘Sundarapandian’, ‘Pizza’, ‘Naduvula Konjam Pakkatha Kaanom’, ‘Vikram Vedha’ and ‘Super Deluxe’.

Tips Industries, which will back the film in collaboration with Matchbox Pictures, shared the news on social media. Alongside the tweet, the production house posted a group photo of the two actors, Raghavan, producer Ramesh Taurani and Sanjay Routray.

The film went on floors this week with the first schedule being extensively shot in Mumbai. ‘Merry Christmas’ will be released in theatres on December 23, 2022.

Recently, Kaif was clicked having a chat with filmmaker Sriram Raghavan, who had his back to the camera, in photos posted by many fan sites dedicated to the actress. Katrina Kaif wore a knee-length dress with a shrug and looks stunning.

On December 9, Katrina Kaif and Vicky Kaushal tied the knot at Fort Barwara's Six Senses Resort in Sawai Madhopur, Rajasthan. The couple spent their honeymoon in the Maldives and returned to Mumbai on December 14. They were seen together at the airport.

Katrina Kaif's most recent film appearance was in 'Sooryavanshi,' which she co-starred in with Akshay Kumar. The film was launched in theatres and earned more than Rs 100 crore in less than a week. The actress has two projects lined up, one with Salman Khan named 'Tiger 3' and the other with Priyanka Chopra and Alia Bhatt titled 'Jee Le Zara.'