RRR actors Jr NTR and Ram Charan stated on the most recent episode of 'The Kapil Sharma Show' that filmmaker SS Rajamouli kept hibernating flies in his fridge while filming his 2012 movie 'Makkhi.' 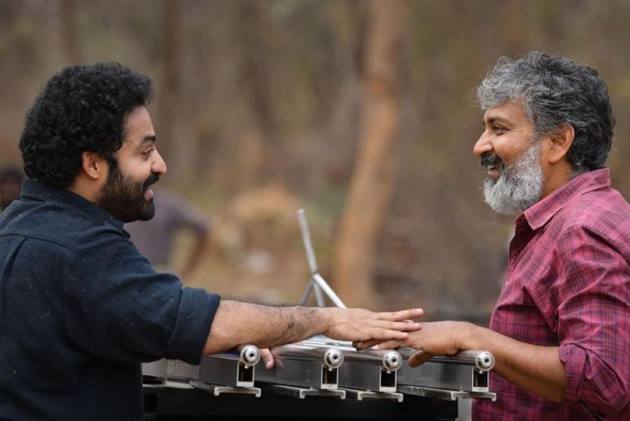 Before 'Baahubali' success, filmmaker SS Rajamouli had made his venture into the north cinema with 'Makkhi,' the Hindi dubbed version of his 2012 Telugu film 'Eega.' On a recent episode of 'The Kapil Sharma Show,' the actors of his current film 'RRR,' Ram Charan and Jr NTR, disclosed a surprising detail about the film, revealing that the filmmaker kept flies in his fridge to study them.

Rajamouli appeared on 'The Kapil Sharma Show' with the cast of his next film 'RRR,' which includes Ram Charan, Jr NTR, and Alia Bhatt. During the episode, Jr NTR disclosed that Rajamouli used to keep flies in his fridge. “When you opened the fridge, there were more flies than food,” he quipped. When a puzzled Kapil Sharma questioned the reason behind this, Ram Charan elaborated, “He was hibernating them so that he could study them properly. This was when he was making Makkhi.” Rajamouli simply beamed and nodded in agreement.

In freezing temperatures, flies go into hibernation, a type of profound slumber. Rajamouli supposedly studied them in this form to ensure that his depiction of the fly in his film was anatomically precise. Upon listening to this, Kapil Sharma joked, “Aap sab ko band kar dete ho (You lock everyone up). When you made Makkhi, you locked the flies up in the fridge. When you made Baahubali, you locked up Prabhas in Film City for five years.”

Rajamouli also divulged that his driver thought he was ‘mad’ to make 'Makkhi.' “My car driver got very angry that I am making a movie on a fly. He said, ‘Have you gone mad? Forget these flies and cockroaches, why can’t you make films with human beings?’” he said.

'Eega,' starring Nani, Sudeep, and Samantha Ruth Prabhu, was made available in Tamil, Telugu, and Hindi. The film's southern versions were economically successful, but the Hindi version fell short of expectations. Despite this, the film grossed more than 100 crores globally.

Rajamouli's next film, 'RRR,' was supposed to be released on January 7, but it has been postponed indefinitely due to an increase of Omicron cases in the nation. Apart from Jr NTR, Ram Charan, and Alia Bhatt, the film also features Ajay Devgn and Shriya Saran.