Hip Hop music, has over the years almost become synonymous with the Indian pop music, almost blurring lines between the two genres. 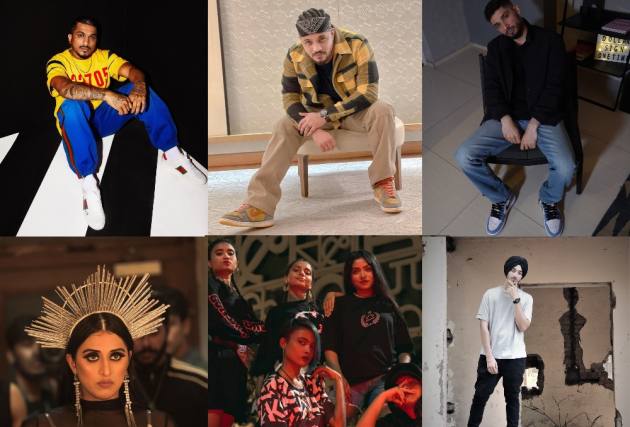 A dark room – where two youngsters in their early twenties are playing an intense game of a popular video game based on football, anxiously standing and sitting down, in turns, in sync with the beat of ‘Swag Mera Desi’, a rap song by the Delhi-based rapper Raftaar. “This song is so cool, man!” says one boy. “His friend, agrees and adds, “wait till you hear the chopper flow man! Its killer!”

Hip-hop music, has over the years almost become synonymous with the Indian pop music, almost blurring lines between the two genres.

But, it wasn’t the same nearly two decades ago, when indie pop music industry, which had once ruled the nineties was slowly fizzling out. It had only made into the mainstream culture in western music into the nineties, thanks to artistes such as Tupac Shakur, NWA, and The Notorious BIG.

In India, it was the success of Indian origin artistes in England like Hard Kaur, Panjabi MC and many others laid the initial groundwork for the hip-hop scene in India.

“Jay Z collaborated with Panjabi MC for the remix version of ‘Munndian Tu Bachke’. That was probably the first that that a non-Indian audience was introduced to a song from India, which was neither classical, nor a film song. It was an entertaining rap sop song with bhangra elements in it, and it became a big number across the globe. So, there were enough signs that artistes from India understand this genre of music, and were on their way to become good at it,” says Dilin Nair aka the Delhi-based rapper Raftaar, who is widely considered as one of the first rappers from India who broke through the main stream music industry.

He, along with Yo Yo Honey Singh and Badshah formed Mafia Mundeer- India’s first hip-hop group-- who went on to release their first album ‘International Villager’, which was the first non-film music album, to have enjoyed mainstream success, in almost a decade.

‘International Villager’, as Raftaar recalls, was the first time, mainstream Indian listeners were introduced to Indian hip-hop music from India.

“It was great album. All of them were amazing tracks and I remember listening to that entire album and thinking man this is so cool. It was something that was completely different, and yes it had those western elements, which made it that commercial album, but there was something very desi about it. It was just a great album,” he recalls.

Yet, despite the unique new sound, mixed with groovy hook lines and perfectly rhymed verses, it wasn't something that would kickstart a revolution. The simple reason being – its lyrics.

Hip-hop, is synonymous with the music of oppressed, which grew in Bronx region in New York, Philadelphia and other regions of America which had a majority of the African-American people. The verses by Tupac and Biggie, were more about how they, despite living on opposite ends of the country, they faced similar issues in terms of racism, being poor, watching most of their peers fall into the sickness that is drug addiction and so, rap was probably the only way, they could express their emotions and their angst while going through all the issues plaguing their community.

This realization of looking inwards, for inspiration rather than aping what international rappers were doing, helped several aspiring rappers, in creating songs that would enable the audience relate to it.

“There is just so many things that I went through, as a human being, that I felt I have to say. I didn’t care about if people will feel bad or good about, or will relate to it, but what mattered to me, was to talk what I felt and say it with one hundred percent honesty,” says Raftaar.

“I remember Raftaar bhai met (actor-director) Nikhil Dwiwedi at the Mukerjee Nagar bus stop in Delhi to make him listen to a scratch which was sung by Aastha Gill. When we started working together rap was still becoming popular. Every third song in Bollywood wanted to feature a rap verse in it,” says Ankit Khanna, one of the co-founders of Kalmkaar Records, one of the first independently-run record labels in India dedicated to hip-hop music. 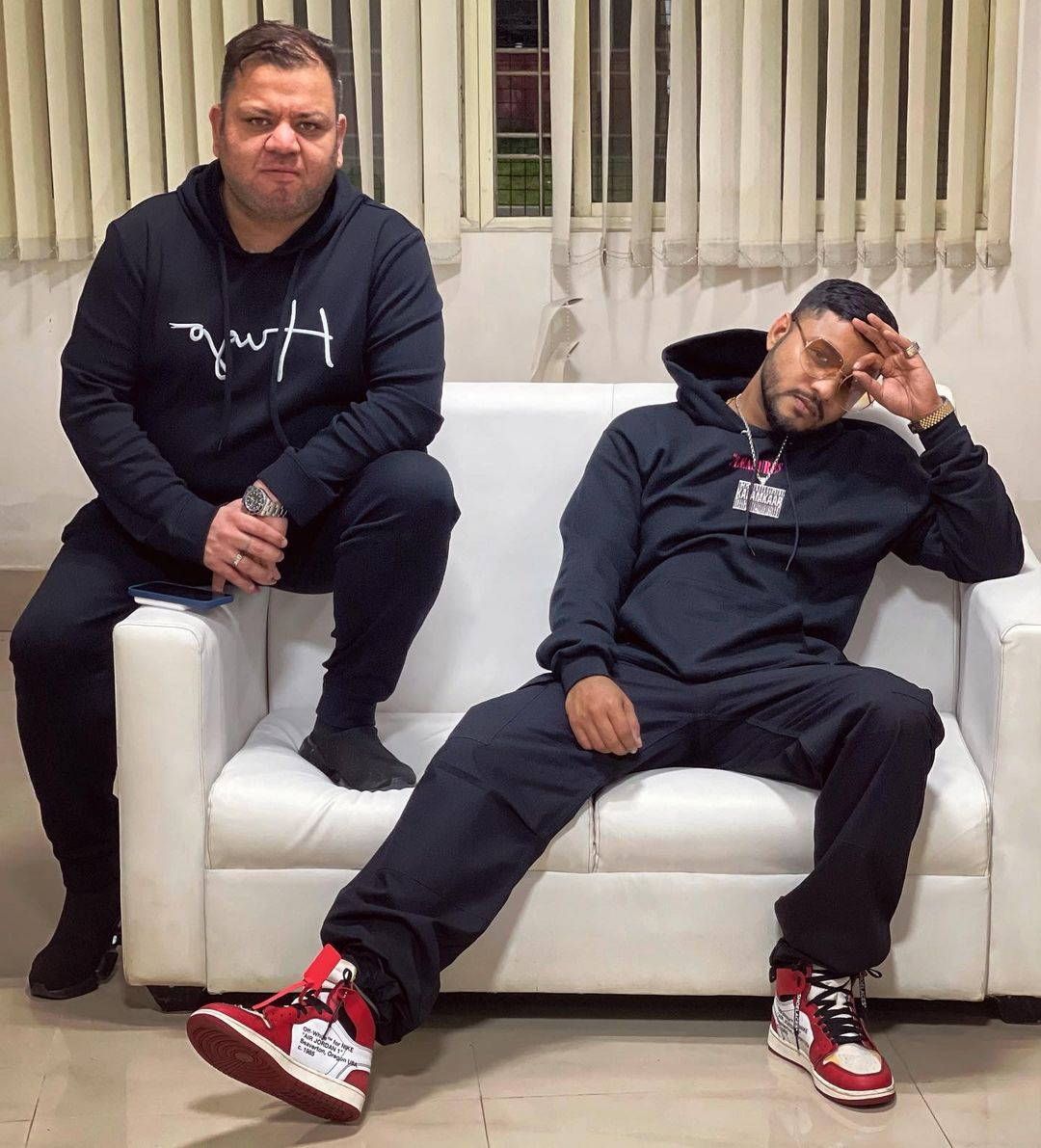 With a roster of young artists such as KRSNA, Deep Kalsi, Brishav, Karma, Rashmeet Kaur, and Yunan, they are also referred to as the Kalamkaar gang, where they don’t shy away from bragging about their success, their inspiring rags-to-riches story, and lyrics dominated by usage of typical Delhi slang.

“Our artistes are free to do what they want. We don’t even tell them any thing. Yes, there are a few rules like we won’t do bikini songs, or songs which have abuses in them for the sake of it,” says Raftaar.

Jointly founded by Ankit Khanna and Raftaar, Kalamkaar encourages young hip-hop, rap, pop, and EDM musicians to bring out an exciting roster of young rappers and underground artists. As luck would have it, the birth of Kalamkaar records, was born more out of need than desire to do something of their own.

“We wanted record labels to work with us, but they didn’t want to sign us,” Khanna laughs and explains. “The thing was every other big record label in the country at that time had their own favourite rapper. Sony had Badshah and T-Series had Honey Singh. So, we decided to start our own label.

The evolution of hip-hop industry into crews/gangs and the increasing competitiveness, is what has given the Indian hip-hop scene its much needed identity now.  The meteoric rise of several rappers including Raftaar, Badshah, Honey Singh, Divine, Raja Kumari and many others has encouraged many, to follow their dream.

And now, especially over the last few years with the advent of Internet and growth of indie/non-film music, hip-hop has slowly created a dedicated audiences and fan base for itself. The number of artistes in this genre have grown, across the country, talking about issues around them, or just anything that focuses on humanizing and empathizing with them.

But, as Devraj Sanyal, Managing Director and CEO of Universal Music group for India and South Asia says, it is yet to take a leap from a trending genre to a money-making genre.

“Hip-hop is what we call an emerging genre in the music business. It yet relatively small in terms of numbers and real ability to monetise so it’s what I’d like to call the investment phase. No doubt some breakout stars will pop but at a genre level, the products at large need to be loved, respected, shared, distributed and consumed more. It’s then that everyone begins to make money and we move from the investment phase to its next natural order”, he says.

Universal Music India, is one of the first major music labels in India to have kick started a hip-hop dedicated label, Mass Appeal and a newly-formed Hiphop label for emerging talent, Found Out Records, which aim to, as Sanyal says, focus on the raw talent, that is producing “mind-blowing music”.

“We are beginning to see global names like Gill Green direct the videos of artists like Divine and Raja Kumari which is a big leap from where we were a few years ago. There’s such a variety in what’s happening even within the genre. There’s absolutely new talent like Hotfix, Satyum, Kru172, East Side Queens, Mrunal, Brishav, who are creating world class music by just being full hustlers. Some of them have backing, some don’t but that doesn’t come in the way of them paving the path for the new breed,” he says.

This socio-political style of hip-hop, highlights the honest portrayal of local populations. From hard-core to lo-fi, the rap scene in India is bubbling, and nothing can control these new age artists from, literally and figuratively, spitting out their truth.

Varun Arora, now known as Karma, was born in Dehradun to a lower middle-class family. Introduced to the world of hip-hop in school through his friends, he knew, his calling then. “But for a 12 or a 13-year-old boy, from Dehradun, it wasn’t easy. I didn’t even know what music production was like, but I knew I wanted to do this,” he says.

So much was his passion, that he decided to leave his final year college exams to do a live performance. “It was in that moment, when I knew I had taken the right decision. I had people singing my song, something that I had only dreamt of sitting in my bedroom and thinking about how all these rappers like Raftaar bhai or a Badshah,” he says. “It is a dream come true. My music, is all about what I have gone through as a person, what made me who I am today,” he adds.

Hip-hop, therefore, one can assume, will only grow from strength to strength.

Sanyal too believes that while the evolution of hip hop is definitely begun, and will become big in the coming years, yet the “true growth of a genre is when the non-listeners of that genre also start listening to songs from that genre. If someone is a massive rock ‘n’ roll fan, and they start listening to hip-hop music, that’s when the genre will grow. And for that reason, commercial hip-hop will always grow a little faster and the other genres a little slower but by no means any less in size.”

“Of course, there’s great commercial hip-hop which comes from the established names as well as the mid-level artists, who’re telling the entire region that they are no less than the mainstream playback or the seriously established pop artists. Every region has a different sound, a different feel, a different vibe and that’s what makes indigenous hip-hop so exciting. We’re playing the game in all levels across all levels of artists from the noobs to the superstars and I can tell from my vantage point that the future is very bright for hip-hop in India,” says Sanyal.