The theme song was released to honour the students who have been working tirelessly during the pandemic to help the needy and underprivileged people. 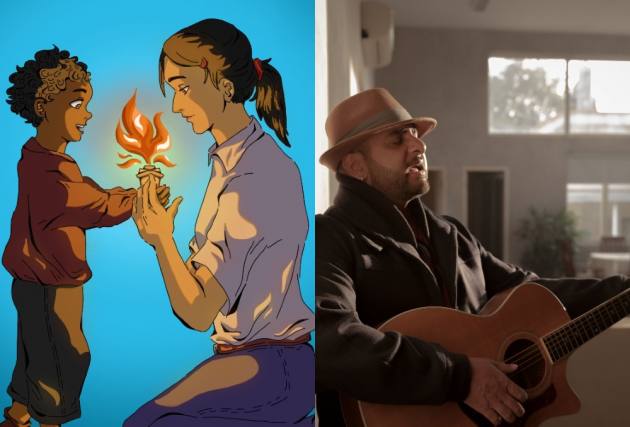 The Non-for-Profit organisation, Students For India, have released a theme song, for their organisation in collaboration with singer songwriter Rohan Solomon, to salute those students who worked tirelessly to facilitate amenities to the needy in the pandemic.

“The headspace that I was in while producing this song was that of pride. I was so honoured to be asked to make their theme song for Students For India and then I was even more proud to be associated with such amasing kids. As a musician, it's always so much pressure to live up to someone's expectations. They are doing such amasing things for our country that I felt a little pressure to do the theme song the proper justice it deserves,” says Solomon.

“When I compose songs, it's always based on a feeling. The melodies and the chords in the song managed to create the exact same vibe that I was feeling in my heart. A feeling of Joy, a feeling of love, a feeling of pride. That is what motivated me to give a tune to their lyrics. I had a few inputs here and there from members of the team (Students for India) that showed me what was in their head. Our visions were very similar for this song, which is why the process of writing and composing this was such a breeze,” he adds.

The organisation has aided over 50,000 families across India with essential supplies since the start of the Covid-19 pandemic last year. The not-for-profit initiative which has been lauded by the likes of Indian film industry actors such as Sonu Sood and Akshay Kumar among others have distributed lakhs of masks and sanitary napkins across the country. They continue to fight the good fight till day, addressing various problems and concerns through their social media channels.

"For us at Students For India, we have always strived to contribute to our community in whatever way we could. When we saw an opportunity to work with Mr. Rohan Solomon, we were thrilled. The idea of collaborating for a song popped up in a meeting with him, to us actually speaking to him about him, where he graciously offered to help us out. Our team sat together throughout multiple zoom calls, came up with lyrics, made the music video, and this is what we have at the end of all of that," the NGO said in a statement.