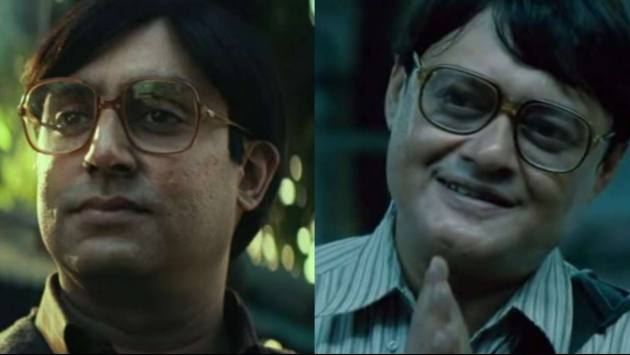 While fans have been excited to see Abhishek Bachchan play a contract killer since the trailer for 'Bob Biswas' was released, there has been a different kind of curiosity about the film's casting. The film is a sequel to the 2012 film 'Kahaani,' in which Saswata Chatterjee played Bob's character.

Even though Chatterjee was a Bengali actor with no prior experience in Hindi films, his character and performances were so well received by audiences across the country that it was only natural for him to be cast as 'Bob Biswas,' the character's face. However, in 2019, it was announced that would play the title role in the film 'Bob Biswas.'

According to a report by the Indian express, Sujoy Ghosh explains why Bachchan is cast,  “It was a very conscious decision of casting a new actor to play Bob Biswas because I wanted to move away from ‘Kahaani’, this is not that film. The world of this film is different. This is a new film, which has its own standing.”

“Through this film, we have attempted to create a new world of Bob Biswas which has a fresh new perspective to the story. That is in fact, one of the reasons why I did not direct the film. In the earlier film, when the introduction of Bob happened (referring to ‘Kahaani’) he only had a presence of eight minutes. Now, we have a full story on him.”

There have been many legendary characters in the past who were played by the same actor in multiple films. Upendrakishore Ray Chowdhury, for example, created two fictional Bengali characters named Goopi and Bagha. Satyajit Ray, a legendary filmmaker, later made three films based on those two characters. Tapen Chatterjee and Rabi Ghosh, both Bengali actors, were cast in the roles.

When given the example of iconic filmmaker Satyajit Ray casting the same two actors in three different films based on the same characters, Ghosh stated that if he had directed 'Bob Biswas', he would have cast Saswata in the film. “I am saying it is not impossible to recreate the world of Bob Biswas where Saswata who played Bob earlier can be cast. If I was helming the film, Saswata would have been a choice, but Diya is directing the film and this is the choice she made. She has her vision for the film. Our idea is to create a new film, in which the world of Bob is different from what we have seen in ‘Kahaani’.''

The crime drama is set against the backdrop of a love story, showcasing the dual life led by contract killer Bob Biswas. The shooting of the film was done in Kolkata. This is the first time fans will see Bachchan in a never-before-seen avatar, in which he is almost unrecognisable as a semi-bald and overweight middle-aged man.

Film 'Bob Biswas' is produced by Red Chillies Entertainment. The film also features Chitrangda Singh, who was last seen in the film 'Ghoomketu', Paran Bandopadhyay, and Tina Desai, among others. It will be officially available on ZEE5 on December 3.