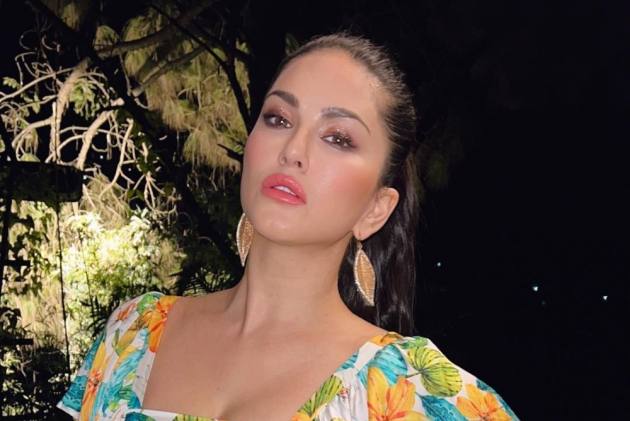 Priests in Mathura, Uttar Pradesh, have asked that Sunny Leone's latest video album be banned, claiming that the Bollywood star has offended them by dancing in a "obscene" manner on the classic song "Madhuban mein Radhika nache."

According to PTI, Sant Naval Giri Maharaj of Vrindaban has said, “We will go to court if the government does not act against the actress and ban her video album.”

The seer stated that she should not be permitted to stay in India unless she removes the scene and apologises publicly.

Others have criticised the song for hurting Hindu sensibilities due to the actor's "sensual" actions in the music video.

Sunny Leone also shared the song on her Twitter account and a lot of unhappy users commented on her post, most of them requesting to delete the song because it hurts their religious sentiments.

Take a look at the comments on Sunny Leone's post social media about the song:

This is bad. Please refrain from using any names of deities or terms that are religious or linked to any religion. There are many other words that you guys can make songs from. So don't hurt sentiments of any one.

@saregamaglobal @SunnyLeone What you guys have is really hurtful. The only intention of this song is to hurt devotees of Radha ji. Please take this song down immidiately. #Boycottsaregama

I request everyone to report account , that's least we can do

Mrs @SunnyLeone you are known for the best human values but this song demean the Radha Krishna and Madhuban, Request you to Please remove this

Everybody should Report this song defaming my god is not your right. You are experiencing this luxury because of people's money so becareful. Remove this song and change the lyrics ðÂÂÂÂ¡. @HinduITCell