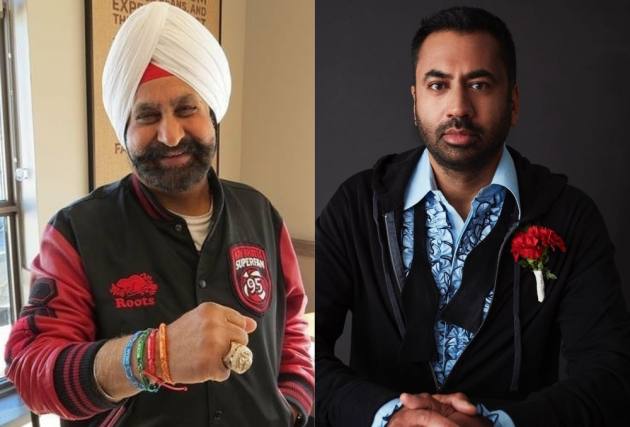 Kal Penn has signed on to produce and feature in Stampede Ventures' biopic 'Superfan,' which will recount the tale of Nav Bhatia, a long-time Toronto Raptors fan who was inducted into the Naismith Basketball Hall of Fame last year.

Bhatia, who has been supporting the sport and the team for decades, became the first fan inducted into the Naismith Basketball Hall Of Fame last year.

In the movie titled 'Superfan', Penn will play the Toronto man whose loyalty to the Raptors saw him honoured with a championship ring. Bhatia also lead the team’s championship parade in 2019.

According to Deadline, Stampede Ventures' Greg Silverman and Jon Berg bought the rights to Bhatia's life story and will produce the biopic alongside Penn and Dan Spilo of Industry Entertainment.

The makers are currently looking for a writer and director to come on board the project.

Bhatia moved to Toronto from India in 1984 and established himself as the most prolific car salesman and dealership owner in all of Canada.

He fell in love with basketball and has never missed a Raptors home game till now.

Bhatia also makes underprivileged kids from across the country attend Raptors games. He funds and organises the Baisakhi halftime show once a year in April on the Raptors’ court.

“I’m speechless. To have the opportunity to continue to tell my story with such esteemed producers is a dream. Then to find out Kal Penn has been brought on to play me is even more surreal," said Bhatia.

"This is not something I can even dream of. He is one of my favourite actors and to know he also loves basketball is an added bonus. I’ll be teaching him all my tricks of the trade when distracting opposing players," he added.

Penn said he saw Bhatia first time when he was filming for 'Designated Survivor' in Toronto and has been interested in telling his "incredible" story since then.

"The crowd loves him – to see what a source of pride he is for Canadians – and all basketball fans, really – makes me smile. His story is one of unity, which I’m especially excited and proud to bring to life," the 'Harold & Kumar' actor added.

A separate documentary on Bhatia’s life, also titled 'Superfan', will be releasing this month on CBC.