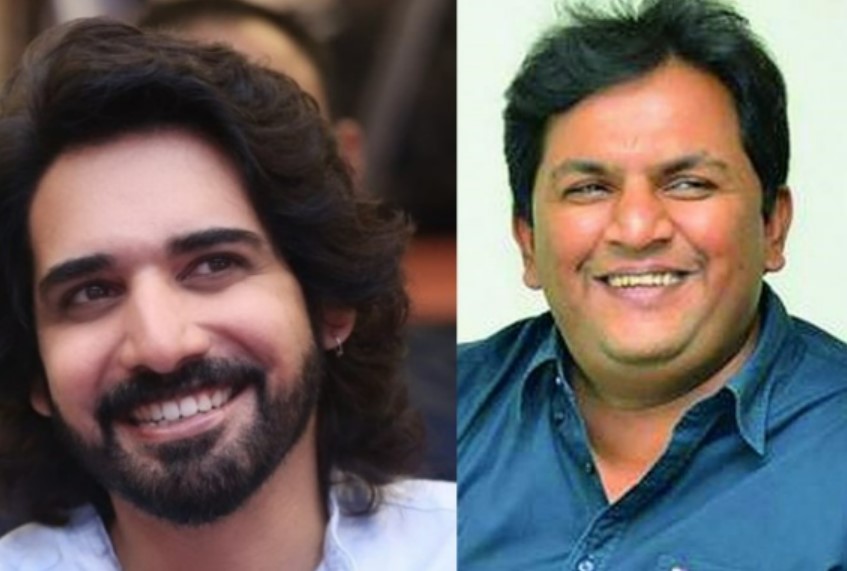 Actor Sushanth Akkineni's fans were treated to his first look from the upcoming film 'Ravanasura'. The actor poses in a calm demeanor with intense expression as he looks sharply directly into the camera.

The actor is sporting long hair and beard for the film but it was his peculiar blue eyes that caught everyone's attention. Akkineni will be playing the role of a character called Ram in the film. The first look was released with a caption 'Heroes Don't Exist'.

When contacted, the producer of 'Ravanasura', Abhishek Nama sounded excited about Akkineni's role and told us, "I think Sushanth's look is terrific. He plays a key role in the film and his first look gives a glimpse of his character. I am sure the audience will enjoy it."

Teja will play a lawyer in the movie and the first look poster that was released for Diwali won appreciation of all. The grand pooja ceremony of 'Ravanasura' will be held on Sankranthi (January 14th) at Annapurna Studios in Hyderabad. The film’s regular shoot commences from this month.

Srikanth Vissa who’s associated with few exciting projects as a writer has penned the story for the movie. Known for his stylish and exceptional taking expertise, Sudheer Varma will be presenting Teja in a never seen before role in the movie.

The film, which marks Teja's 70th project, is touted to be an action thriller and will be produced under Abhishek Pictures and RT Teamworks.

Besides this, Teja will also soon be seen in 'Khiladi', which is set to release on February 11. The film will clash with Mahesh Babu's Pan India production 'Major',

Teja will also be seen in 'Ramarao On Duty', in which he plays the role of a cop.