Sushmita Sen Opens Up On 'Aarya'; Says "It Came At The Right Time, Not Just On A Professional Level"

Ram Madhvani's directorial 'Aarya,' according to Sushmita Sen, who turned 46 on Friday, transformed her life for the better. 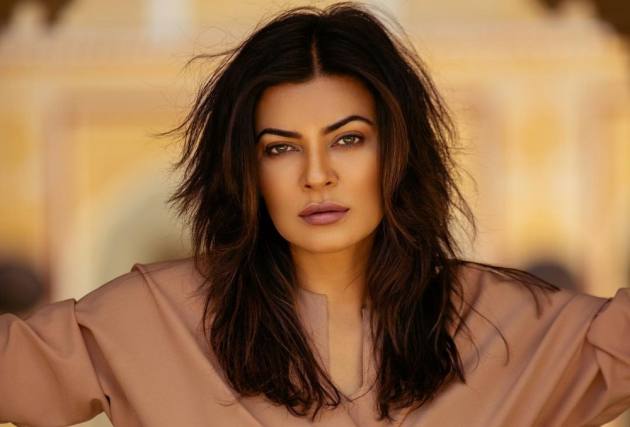 Actress Sushmita Sen has gone a long way in her life, from becoming the first Indian woman to win Miss Universe at the age of 18 to raising two daughters on her own and dazzling viewers with her diverse acting performances.

Sen's previous two years must have been particularly memorable, as she made a strong comeback in acting with the online series 'Aarya', which has been nominated for an International Emmy Award in the Best Drama Series category.

Ram Madhvani's directorial, according to Sen, who turned 46 on Friday, transformed her life for the better. As per a report on Hindustan Times, Sushmita Sen said,  "I feel prior to 'Aarya', I was kind of an actor, on the personal front also, I faced quite a lot of challenges and a challenging 5 years period at the end of it. I felt like the Universe had to reward me because I've worked so hard to get there! And I can call Aarya that reward! It came at the right time, not just on a professional level," stated the actress.

"Playing 'Aarya' has been a worthy experience and to do so successfully, showcasing the relationship of a mother and of a woman who can hold the family together, even if the family belongs to the underworld and Drug Mafia, you glue it all together. I think 'Aarya' changed my life on many levels. It was an exciting and lovely series as an actor to be a part of. I think it was an all-round experience which has changed my life for the better, for sure." she added.

The developers of 'Aarya 2' released a teaser for the sequel last week. Sushmita Sen looked ferocious in gulaal in the video produced by Disney+ Hotstar. 'Aarya 2's' release date has yet to be confirmed.