In an Instagram live, Sushmita Sen discussed why she values respect over love in a relationship. 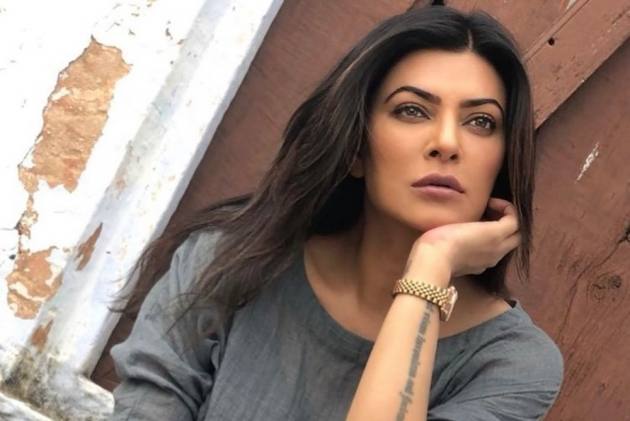 Sushmita Sen has stated that she prefers respect over love and that any relationship based solely on love is doomed to fail. Sen said this on an Instagram live on Friday in answer to a fan's question.

Sen, who was joined by her daughters Renee and Alisah, went live on her Instagram account on Friday evening, talking with her followers. One of her followers questioned what respect meant to her as she began a Q&A with her fans.

Sen reacted by expressing that respect was more important to her than love. “Respect means everything to me. I put that above love any day,” she said. Elaborating on her answer, she further added, “Because love is something you feel with great intensity and you fall out with the same intensity. There is the movie business and books that take you on a journey of very unrealistic love, where there are no responsibilities and problems.”

Sen went on to say that love loses its significance without respect, and that love will always be secondary to her. “But where there’s no respect, love has no meaning. Love will come and go but if there is respect, love gets a second chance to express itself. But if you only focus on love, it will be temporary. If there is no respect, love takes a backseat. That’s how important respect is for me,” she said.

From 2018 till very recently, Sushmita Sen was in a relationship with Rohman Shawl. Sen revealed their breakup on social media in December. Sen posted a photo of the two of them together on Instagram and wrote, ‘We began as friends, we remain friends!! The relationship was long over…the love remains!!’

This post was also reshared by Rohman Shawl. When a user said that he shouldn't forget how much he owes to her, Shawl responded, “I can never ever forget that!! She is my family.”

On the work front, Sen recently wowed the audience with her performance in the second season of 'Aarya.' The International Emmy-nominated series, created by Ram Madhvani, is an official adaptation of the hit Dutch series 'Penoza.'