The film is set to release on 2 December 2022 and also features R Madhavan, Kay Kay Menon, and Divyenndu Sharma in significant roles, in addition to Babil Khan. 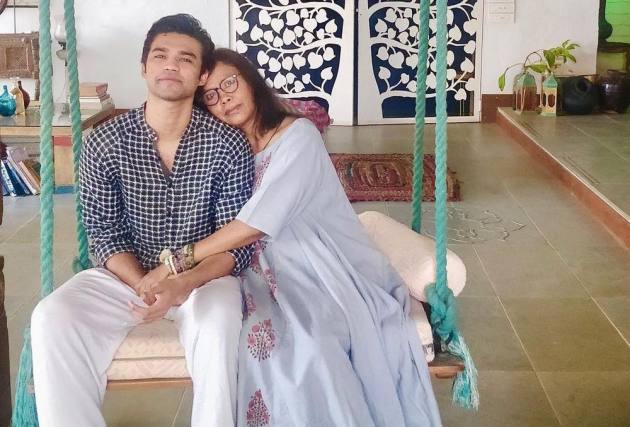 Sikdar wrote "So this week my son started shooting. I am mighty exhilarated for this Babil khan kid. I am a little late to share this but I wanted to tell all the single mothers that parenting is tough, especially if your child is used to both the parents for 21years of their life, but it is not impossible (Applauding all single mothers)." Sorry son, but sharing my world with a legend all my life (30 years, factually. Lifetime, emotionally. Eternity, spiritually) has got my standards very high"

She further added "I don’t want to frighten you and overburden you, we have social media for that.I want to remind you, as baba said and rightly so, that I am the most difficult critic to please. So there is long list, and one must tick all the boxes before I pronounce them a good actor which will take you a long time. You are beginning baccha and your hard work is the first tick I am happy to give."

"I know you are overwhelmed with the amazing cast of the series at the same time feel lucky to be able to learn from the best. But truly I happily put the second tick as I see you in the poster with seasoned actors, still just being there not trying extra or faking but actually looking at something to do with the premise of the show. Even if it’s just a poster. All the best, give it your soul but don’t be in a hurry to get those right ticks because trying, failing and then getting it right is the trick. You can never hurry your father’s legacy." Sikdar added.

Babil Khan just published the first poster for his debut film, 'The Railway Men,' on Instagram while expressing his joy and respect.

It also has R Madhavan, Kay Kay Menon, and Divyenndu Sharma in significant roles, in addition to Babil Khan.