Swara Bhasker: We Just Find A Way To Make Things Harder For Women In All Professions 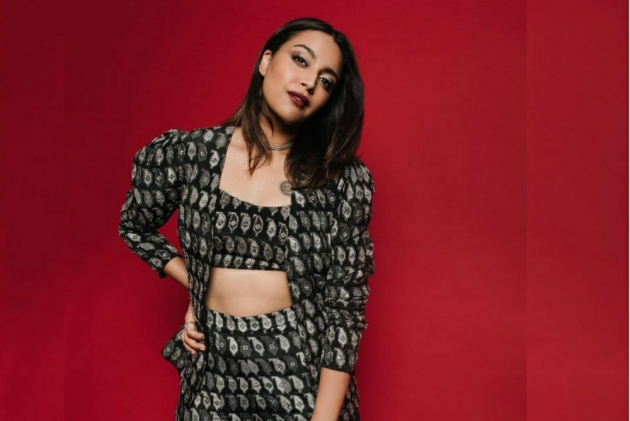 It has been quite an eventful year for Swara Bhasker with three releases. In conversation with Outlook’s Lachmi Deb Roy, she talks about her latest release ‘Bhaag Beanie Bhaag’ and how it talks about hope. Excerpts:

With three releases, 2020, despite the pandemic has been very eventful for you, what do you have to say about that?

I am back in Mumbai after being in Delhi for eight months with my parents. I am excited to be here, but I am also missing home. Home is a habit you get used to. At home I was with my family and so many people around and now I am back to my single life. But I am happy as ‘Bhaag Beanie Bhaag’ marks my third release in this pandemic year.

The lockdown and the pandemic turned out to be a strangely eventful time for me. I am very grateful for that. I feel very blessed. In 2019, I was in the news a lot, but not for my work, it was for my controversies. I had three releases this year- Flesh, Rasbhari and now I have Bhaag Beanie Bhaag.

It has been a very depressing and hard year and ‘Bhaag Beanie Bhaag’ is very uplifting, heartwarming and there is a lot about hope because it is a journey story of a young girl who is quite confused in her life and she is looking for answers. The show ends with a hopeful note.

I would say my favourite episodes are four and five. It is a very endearing show and it is not just about Beanie. It is a show that will resonate with a lot of young people and ultimately balances the life of a young girl who spends her whole life saying “yes” to everyone except her own self. It is like if her mom says come back home by 7.30pm, she says “yes mommy”. If her father says don’t wear a certain outfit, she says “yes papa”. If her boyfriend says let’s get married, she says “yes baby”. One time that she says yes to herself, all hell breaks loose.

A lot of young people will be able to relate to it. In any culture where family values are very strong, we have these little tussles between the expectations that our parents have from us and what we desire. Nobody is a villain and the parents are also seen basically as people who are also just trying to understand our generation that they are not equipped to deal with. Here, Beanie wants to become a stand-up comedian, but the parents don’t know what the job of a stand-up comedian is. And that is quite realistic. It’s not that our parents want to stop us from doing anything, they are just scared for us. That is represented in a very beautiful and endearing way.

How difficult is it for women to be a stand-up comedian?

I have to admit that I haven’t watched the show ‘The Marvelous Mrs Maisel’. But actually, I am a little flattered because ‘The Marvelous Mrs Maisel’ won a lot of awards. But other than that, I feel a lot of comparison comes, because our audiences are not used to seeing female-powered content. When a story is led by a male protagonist, then no comparisons are drawn. But when a show or a film is led by a female character, then we find the need to draw comparisons and call it female centric. So, for me it is the case for the audience not seeing enough and not grown up in the culture of watching stories led by women. But thankfully now, things are changing. It should be normal to watch a series or a film led by a woman without categorizing it.

OTT as the future of entertainment…

The digital space has given a lot of opportunity to younger actors. And when I say OTT, I would like to include YouTube in it. I feel what this whole space has done is it has democratized content and it has democratized creativity and it has also democratised stardom. We are seeing a lot of newer faces and faces that have been around, but didn’t get their due and Pankaj Tripathi is a great example of that. And we also have Rasika Duggal, Shweta Tripathi, Ali Fazal who are all brilliant craftsmen.