Taapsee has now responded to Rangoli's comments and said, "She doesn't mean much in my life for me to get affected for her." 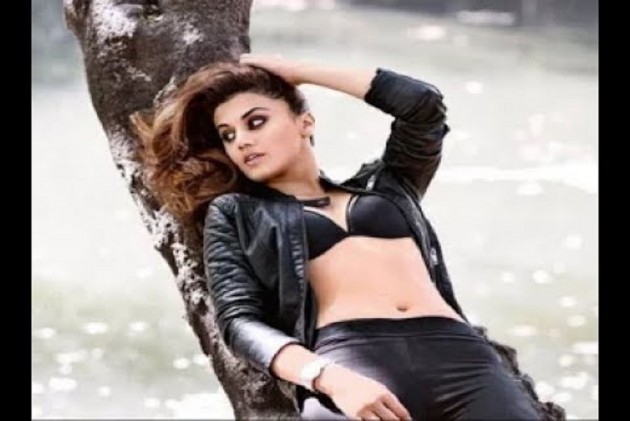 Taapsee Pannu and Kangana Ranaut are celebrated as two actresses who have not only made it on their own without any piggybacking but also as individuals with strong opinions and voices. While Kangana has turned out to be a frontrunner when it comes to women centric projects, Taapsee is also doing well in the same space. But of late, the two heroines have been engaging in a verbal battle of sorts. It started with Taapsee Pannu saying that Kangana needed a double filter. To this, Kangana's sister Rangoli Ranaut slammed her for the statement and called her Kangana's 'sasti copy'. Now, she's responded to her comments, watch video here.

Now, a lot has happened since then. Recently, after the trailer of Saand Ki Aankh was launched, Rangoli sparked an ageism debate where she claimed that actresses should allow other heroines to play characters their age on screen. This was in reference to Taapsee and Bhumi playing 60 year olds in the biopic. Apparently, the film was offered to Kangana Ranaut first who declined it and suggested the team to cast Ramya Krishnan and Neena Gupta as the Tomar sisters. The feud didn't end there. Post that, again a war of words ensued on social media with Taapsee sending out a statement and then Rangoli asking her to learn some acting.

When we met Taapsee during Mission Mangal, this incident hadn't happened. But she did break her silence on the whole sasti copy comment. She said, "I'm now in the elite group of targets for her. She doesn't mean much in my life for me to get affected for her. Only my inner circle friends can affect me. She doesn't. I was laughing and I thought it was my turn in the potluck today. More so, it came out of an appreciation interview I did. I thought I mattered and took it that way."

She further continues, "People might like her or not like her but nobody can deny that Kangana is a brilliant actress. Why should I feel bad about being called the copy of a brilliant actress? As for sasti, she says she's the highest paid actress so by that regard, I'm sasti."