Bollywood actress Taapsee Pannu has given a clarification on her recent comment on featuring in 'Haseen Dillruba' alongside actor Vikrant Massey. The actress also spoke about other female actors rejecting the movie. 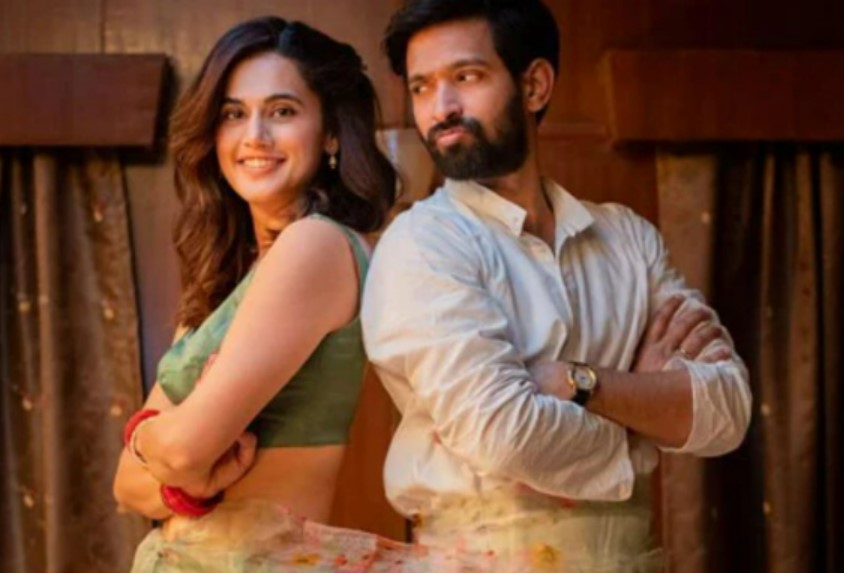 Bollywood actress Taapsee Pannu has clarified her recent comments about starring opposite actor Vikrant Massey in 'Haseen Dillruba' and other female actors rejecting the film. Her response to other female actors was 'interpreted into something else,' she said in a new interview.

In an interview with Gulf News, the actress said, "My answer was interpreted into something else. What I said was that many female actors asked this question about who the male actor in 'Haseen Dillruba' was. But I did not ask that question of who will be my male counterpart because I got cast first. The male role went to Vikrant."

Furthermore, she said, "My character in 'Haseen Dillruba' was the fulcrum of the film and other characters were cast on who they feel will complement the actor in that pivotal part… That’s how casting generally happens. The fulcrum part is cast first. But before me, several girls [actresses] wanted to know who was going to be the hero. Ideally, in our films, that’s the first question that’s often asked. And they want to know that because budgets are set based on who’s the hero of a film."

The actress recently said during Netflix's Actors' Roundtable 2021 with Rajeev Masand, “During the whole narration, I was smirkly looking at her (writer Kanika Dhillon), ‘You didn’t come to me with this before'. I was almost manifesting it somewhere that I really want to do this. I was not probably the first, second or third choice for this. It was only when everybody else had said no that it came to me. I was very happy about it, first because I wanted to do it when I heard it, I didn't understand why would anyone say no to it."

Bollywood actresses Raveena Tandon and Konkona Sen then wondered out loud as to why 'anyone say no to that.' Pannu responded, “I can tell you the reasons why probably others said no to it--too grey, not likeable woman character or who's the hero? I was like ‘Dude, it's Haseen Dillruba, I don’t care about who the hero is. Those were the kind of questions because of which others didn't work out and thank god for that." Sen then said that Massey, who eventually got the role was 'such a good actor.

Pannu is working on a number of projects, including Shabaash Mithu. On February 4, the biopic of Indian cricketer Mithali Raj will be released in theatres around the world. In the film, actor Vijay Raaz will play a pivotal role.

She also stars opposite actor Pratik Gandhi in 'Woh Ladki Hai Kahaan'. 'Looop Lapeta', Anurag Kashyap's 'Dobaaraa', and 'Blurr', her first production venture, are among her other projects.