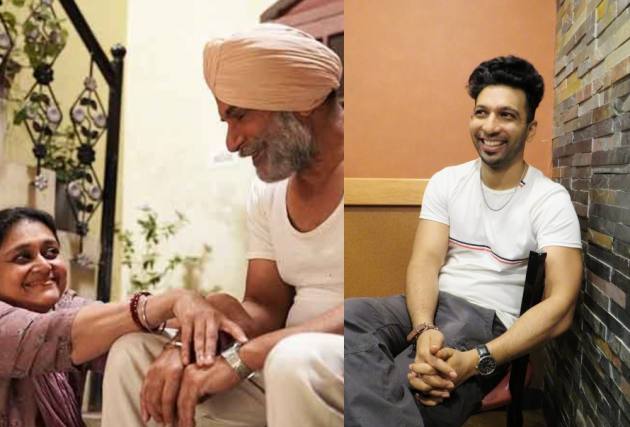 "The response is very overwhelming as it is loved both by critics as well as the audience alike. Yes, there was some form of expectation from the show from the very moment during the shoot when I saw how the initial scenes were turning out," he tells us.

"I never expected the response to be so good.  During the creative process, I generally don’t dwell much on the results, I rather focus on thinking if it can be upgraded in any way possible before presenting it to the audience," adds Jain.

"They were the first choice and fortunately both loved the script. I still remember our director Ajitpal Singh was crystal clear about casting Pavan Malhotra as Omkar and it worked really very well. We wanted Supriya Pathak to play this role and her schedule was tight but finally the dates worked out and she also came onboard," he says.

"They both are such fantastic actors who could easily slip into the mood of the scene. Their experience could be easily felt on the set and for me seeing them performing was like magic. Once the shot is done, they would externally look so relaxed and chilled and the moment the camera is on, in a split second they could bring the whole intensity," adds Jain.

Jain says he derives the characters from personal life experiences.

"To understand this, I will quickly share an incident from my childhood which was close to Tabbar’s inciting incident. I was in school, when the goons entered our house forcibly to steal and my father was held as a hostage with a gun in his mouth for an hour. Fortunately everything ended well but it was a horrifying night for me and everyone in my family reacted very differently trying to handle the same situation," he says.

"So, at plot level, the story is primarily about the survival of a middle class family. But at a deeper level we have tried to play with morality conflicts, relationship conflicts, spiritual conflicts, which is something we all face at different scales in different situations and hence I tried to put that experience in it as well," he says.