Tabu Completes 30 years In Cinema: Calls It ‘Moment Of Pride’

Tabu made her big-screen debut as the leading lady in the Telugu film ‘Coolie No. 1’ opposite Venkatesh Daggubati 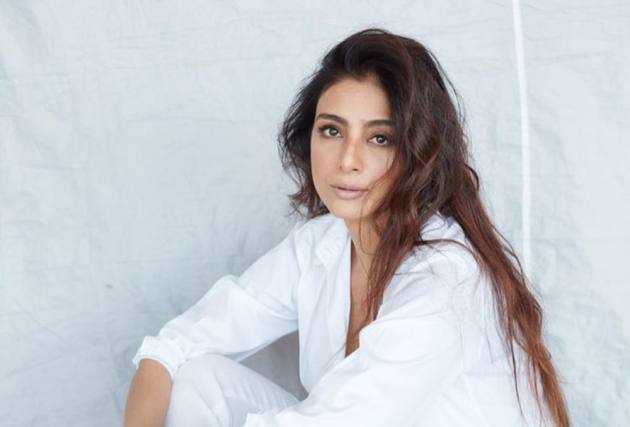 Tabassum Fatima Hashmi aka Tabu is ecstatic about completing three decades in the show business. The 50-year-old actor took to Instagram, late Monday night, and shared that her first film, ‘Coolie No 1’, in which she played the leading lady opposite actor Venkatesh Daggubati, was released thirty years back.
“Slightly unbelievable and thoroughly overwhelming to know that it’s 30 years since my first film Coolie No.1 released. It’s a moment of much pride, along with many other emotions..most importantly of gratitude,” she captioned the post alongside a video clip from the film.

She also added that she is grateful to the makers and her co-star from the film for giving her a break as a leading actor. “To thank Rama Naidu sir, Suresh Naidu, Venkatesh Naidu for giving me my first release, for laying a solid foundation for the years to come”
In 1994, Tabu made her Bollywood debut with ‘Vijaypath, starring opposite Ajay Devgn. Over thirty years, Tabu has made a stellar impact in the industry with her work in both independent and mainstream cinema. Her work in films such as ‘Maachis’, ‘Saajan Chale Sasural’, ‘Hum Saath-Saath Hain’, ‘Hera Pheri’, ‘Virasat’, ‘Astitva’, ‘Chandni Bar’, ‘Maqbool’, “Cheeni Kum”, ‘Haider’, ‘Drishyam’, ‘Golmaal Again’ and ‘Andhadhun’ among others which have been received well by the audiences and critics alike. “
The Hyderabad-born actor continued performing down South with Telugu, Tamil, and Malayalam films such as ‘Ninne Pelladata’, ‘Kandukondain Kandukondain’, and ‘Pandurangadu’.
The actor, who has been awarded the Padma Shri, the fourth highest civilian honour of the country, has also acted in Hollywood movies such as ‘The Namesake’ and Ang Lee’s Oscar-winning film ‘Life of Pi’.
The two-time National Award-winning actor called director K Raghavendra Rao, her guru (mentor), and thanked him for his important life lessons.
“…and for whom, I will always be Paapa (baby in Telugu), My guru, K Raghavendra Rao for presenting me like a dream on screen, who taught me all that I needed to learn about humility, beauty, the value of being on time and of never forgetting to enjoy life. Thank you Gurugaru. I owe you much. Thank you to everyone who walked with me during this journey,” she said.
Tabu, who was last seen in Mira Nair’s limited series 'A Suitable Boy', will next feature in Anees Bazmee-directed 'Bhool Bhulaiyaa 2'.