This week's release 'Tadap' marks the debut of actor Suniel Shetty's son, Ahan Shetty, onto the big screens. How is the movie and, more so, how has Jr. Shetty fared? Here's the movie review of 'Tadap'. 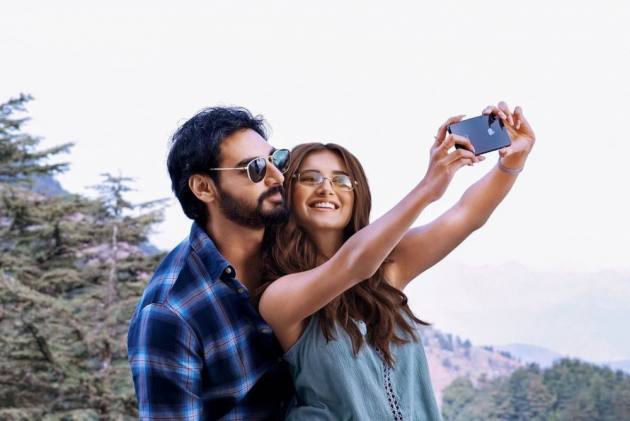 Hair dishevelled, lots of facial hair, unkempt look, a cigarette dangling from his lips and a menacing demeanour- that’s how the debutant Ahan Shetty (Sunil Shetty’s son) looks like in Sajid Nadiadwala produced and Milap Luthria directed 'Tadap', also starring the hot and beautiful Tara Sutaria. It’s a deliberate attempt to make a new protagonist look like he isn’t any ordinary lovelorn guy, but is rather a young shaver with loads of attitude and no-nonsense character!

If the Mussoorie boy Ishana’s (Ahan Shetty) appearance is any indication of who he really is, he clearly appears to be deranged. Well, he also acts like one. Speaking in monosyllables and trying hard to be the hard-boiled hero, Ishana does whatever he pleases to, even obsessively falling for a girl Ramisa (Sutaria) who happens to be the local MLA Damodar‘s (Kumud Mishra) daughter.

Needless to add, his infatuation borders on the fanatical, even as he finds the London returned girl reciprocate his feelings. Soon, he pines for her and this yearning becomes his obsession.

A remake of the Telugu film 'RX 100' the film transports viewers back to the 80s when twentysomething actors had nothing else but love overpowering their emotions to such an extent that their passion remained more of a fixation with scant regard for any other important aspect of life. Ishana has been raised by the good samaritan fondly called Daddy (Saurabh Shukla) who owns a cinema theatre and does odd jobs for him too. The local minister who is good friends with Daddy has other grand plans for his daughter and is all set to fulfil her dream of marrying the man o her choice. Then, where is the problem, you’d ask. Making enough room for heartbreak, the script then lets us into a revelation: Ramisa loved Anurag, a boy she met in London and wants to marry him too. What follows is a natural progression: quite unsurprisingly, Ishana has to suffer and wallow in self-pity. It’s also a chance for the viewers to see him drink himself silly and pick up fights with all and sundry. Everyone around him, including the doting Daddy and the mandatory best friend (Sumit Gulati), stand mere spectators as they see Ishana misbehave and even lunatic; no one makes an endeavour to drill some sense into him. A local cop who has had enough of his hotheadedness almost gives up on him. And so, with little light at the end of the tunnel, it’s time for our ‘hero’ to look all maltreated, tattered and even badly damaged. And does better sense prevail over him? No way, after three long years, he gets even more determined to win back his love, who he learns is happily married.

Till the time of the first half, and even after a few minutes after the interval, you’d wonder if you are actually watching a new film, so predictable it all looks. Thankfully though, a much-desired twist (sorry… no spoilers, here!) makes you sit through the rest of the film with some renewed interest after all. But by then, your patience has been tested beyond your comfort, and you’d get fidgety.

Actors who are definitely privileged often mouth the much-publicised statement that it wasn’t really their fault to be born to well-known parents who have had a successful run at the box office. The fact remains that they unquestionably are advantaged and benefit immensely from such grand launches. Shetty who doesn’t show any sign of emoting – thankfully he is not even made to – does everything else to stand out - sing and dance in a tapori style; takes his shirt off a couple of times to expose his chiselled body; looks menacingly at villains and even his girlfriend, tries to charm the elderly with a good act of kindness and believes in action more than uttering lengthy dialogues. In short, he ought to impress somehow or the other. And does he? Far from it. Even the so desired, the jaded script would never allow him any scope to be remotely ‘hat ke’!

But poor thing! Instead of looking heroic, he ends up coming across as outrageously unstable and unhinged, and hardly the forsaken and desolate lover he is expected to be!