Talking about their first meeting, Ahan Shetty expressed that he thought Tara Sutaria is a 'wonderful girl'. 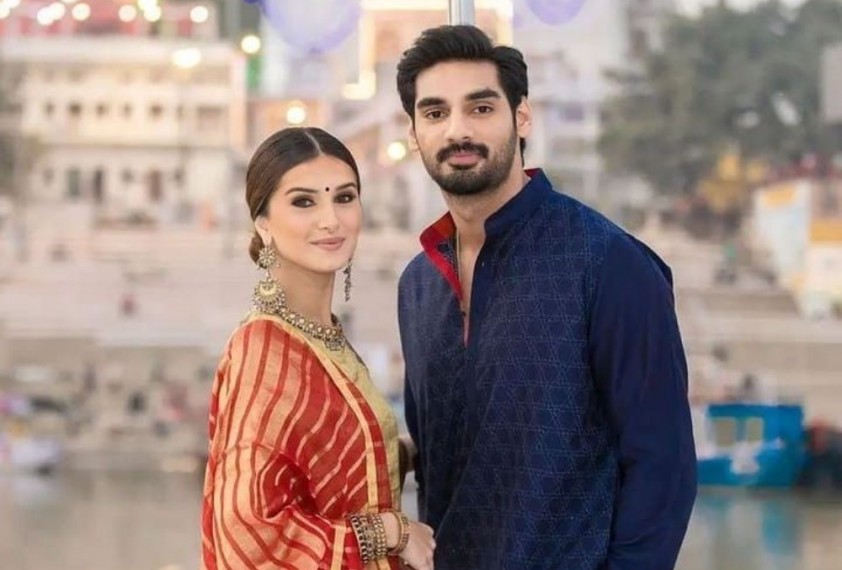 Ahan Shetty and Tara Sutaria’s 'Tadap' is all set to release in the theatres. Since the trailer of the film was released fans have been keenly waiting for its release. 'Tadap' is already creating a buzz because of Shetty and Sutaria's on-screen chemistry.

In a recent interview with Pink Villa, Tara Sutaria and Ahan Shetty talk about their upcoming movie and more.

When Sutaria and Shetty were questioned about their first meeting and what they thought of each other during that time, Sutaria smiled and asked her co-star to answer the question. Shetty smiled and said, “When I first met her we were actually doing a screen test. We did not know each other before that and I was a little nervous during the screen test. I was trembling a little bit so they were making fun of me. But ya in terms of impression I thought she is a wonderful girl and since then we have gotten very comfortable with one another and now it is a completely different relationship.”

Answering the same question Sutaria shared, “Like Ahan said I did not know him at all. I did not come in with any pre-conceived notion at all. I think I had literally just seen Ahan at the same restaurant that I was dining in one evening. That’s the only time I had seen him. We had a very interesting and lovely first meeting at the office and we read some lines from the dirty picture together so that was really fun. Now we are super comfortable and I think we just laugh at each other and make jokes.”

'Tadap,' directed by Milan Luthria, is a Hindi version of the Telugu smash 'RX 100.' Saurabh Shukla and Kumud Mishra will also star in the film. After surviving the pandemic, the film will eventually be released on December 3 in theatres.

'Tadap' is written by Rajat Arora, who had also penned Luthria's 'Once Upon a Time in Mumbai', 'The Dirty Picture' and 'Baadshaho'.