"I think it is important to be comfortable on any set, in which you have stuff like this. It is very important to feel comfortable with the director and your co-actor," said actress Tara Sutaria. 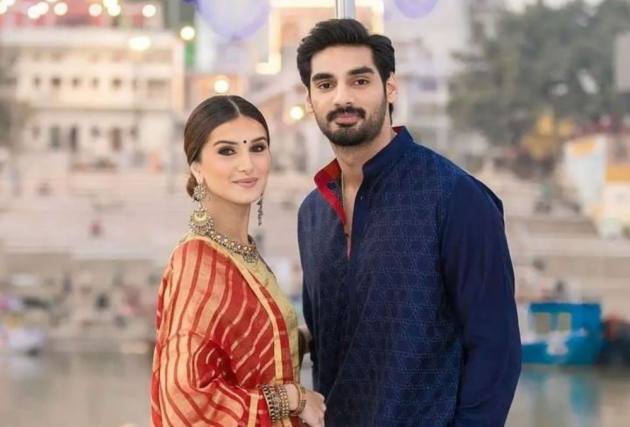 Bollywood actress Tara Sutaria in a recent interview opened up about shooting kissing scenes with Ahan Shetty in their upcoming film 'Tadap.'

In the trailer and the songs, the fans witnessed numerous intimate scenes between Tara and Ahan. Their chemistry in the film has also created a lot of buzz on social media.

Sutaria has explained what it was like to shoot those kissing sequences in an interview with Zoom Digital. "I think it is important to be comfortable on any set, in which you have stuff like this. It is very important to feel comfortable with the director and your co-actor. And it was very comfortable between me and Ahan. There was no discomfort," she said.

She described the production as an 'easy and fun' experience, adding that they got along well on set since they had done a lot of work-shopping and preparation for the film. These extracurricular activities, according to the actress, let her get to know her co-star better before they could begin filming.

'Tadap,' directed by Milan Luthria, is a Hindi version of the Telugu smash 'RX 100.' Saurabh Shukla and Kumud Mishra will also star in the film. After surviving the pandemic, the film will eventually be released on December 3 in theatres.

'Tadap' is written by Rajat Arora, who had also penned Luthria's 'Once Upon a Time in Mumbai', 'The Dirty Picture' and 'Baadshaho'.