Taylor Swift Birthday: 5 Songs Of The Pop Queen That Took The Internet By Storm

Taylor Swift's songs are mostly about heartbreak and the lyrics often hint towards the challenges that she faced in her relationships. Let's take a look at the 5 best Taylor Swift tracks which can make way to your playlist: 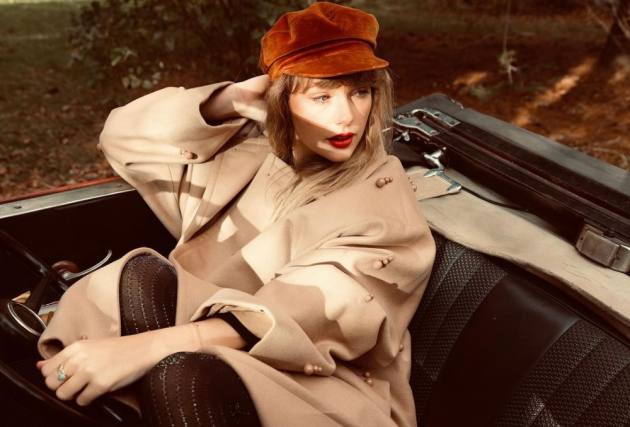 Taylor Swift, an American pop phenomenon and multiple Grammy award-winning singer and songwriter, is 32 today. Swift, who was born in Wyomissing, Pennsylvania, began her career as a young country singer whose songs connected with an entire generation of fans known as Swifties. Swift has dabbled in several kinds of music throughout the years and has utilised her songwriting abilities to express a generation's sadness and disappointments.

Swift has eight Billboard Hot 100 number-one singles to her credit, including 'All Too Well' (Swift's Version), which also holds the record for the longest song to lead the list. Her additional honours include 11 Grammy Awards, 12 Country Music Association Awards, and 25 Billboard Music Awards, the most for a female singer.

Taylor Swift's songs are mostly about heartbreak and the lyrics often hint towards the challenges that she faced in her relationships.

Let's take a look at the 5 best Taylor Swift tracks which can make way to your playlist:

Accolades: Swift gained another no. 1 here shortly after 'Shake It Off,' becoming the first woman in history to succeed herself at the top of the charts, and the song garnered Grammy nominations for Record of the Year, Song of the Year, and Best Pop Solo Performance.

'Blank Space', which was released in 2015 as part of Taylor's album 1989, is a satire on her man-eater reputation, which was portrayed in the media as her dating renowned guys and then writing songs about them.

In the song video, Swift revealed exactly what makes that picture so enticing. This song packs a punch thanks to the singer's sarcasm, humour, and astute composing talents.

2. 'We Are Never Ever Getting Back Together'

Accolades: Swift's first number one hit on the Billboard Hot 100, and she received multiple honours and nominations, including Record of the Year at the Grammys.

This upbeat dance-pop and pop-rock track from 'Red' is unmistakably about Jake Gyllenhaal. From lyrics describing the actor's love of indie bands to a scarf in the music video that is identical to one Swift wore on a date with Gyllenhaal, many have determined that he is the inspiration behind the song.

'Love Story' was first released as the debut single off Swift's second album, 'Fearless,' in 2008. In an article for Billboard, Swift described 'Love Story' as "a love that you've got to hide because for whatever reason it wouldn't go over well. I spun it in the direction of Romeo and Juliet; our parents are fighting. I relate to it more as a love that you cannot really elaborate on — a love that maybe society wouldn't accept or maybe your friends wouldn't accept."

Taylor Swift described the song's backstory before performing it for 'Good Morning America' viewers. "It's a song that is one of my favorites on the album, because it sounds just as chaotic as the feeling was when I wrote it," she said. "It's a song about being frustrated with yourself because here you are heartbroken and you knew when you first saw this person, you saw all these red flags and you went for it anyway. So, shame on me."

This track finds Taylor Swift taking aim at her critics. Swift told Entertainment News: "When you do what I do, which is you put yourself out there for a lot of people to say whatever they want, there's a million different opinions."

"I get that, no matter what, you're going to be criticized for something," she added. "But I also get that there are different kinds of ways to criticize someone. There's constructive criticism, there's professional criticism - and then there's just being mean. And there's a line that you cross when you just start to attack everything about a person."