Filmmaker Aditya Vikram Sengupta, whose latest film ‘Once Upon A Time In Calcutta’ has been selected at the prestigious Venice International Film Festival, talks about the role play by the city of joy in his films. 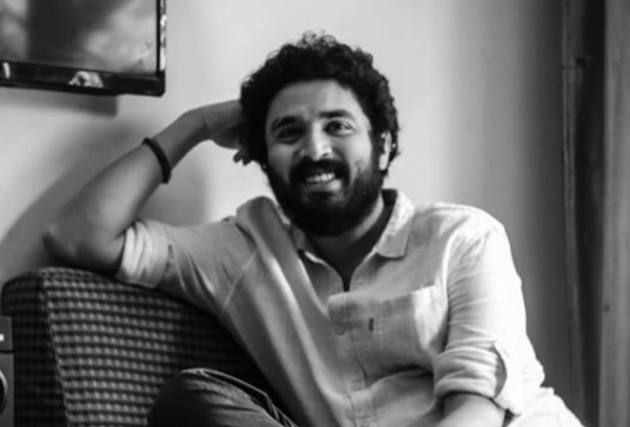 People and places fascinate filmmaker Aditya Vikram Sengupta who says ‘Once Upon A Time In Calcutta’, his third feature and the only film from India to be selected for the prestigious Venice International Film Festival, is an attempt to capture a particular moment in his city and the world.

‘Once Upon A Time In Calcutta’ also marks Sengupta's return to the festival after his first film ‘Asha Jaoar Majhe’ (Labour of Love) won the FEDEORA award for the best debut at the festival's Venice Days section in 2014. His second film ‘Jonaki’ premiered at the International Film Festival Rotterdam 2018.

"This is the birth centenary year of Satyajit Ray so it is special to have a Bengali film in Venice as the only Indian film. The entire team is happy and we all feel validated," said Sengupta, who won the National Film Award for ‘Labour of Love’.

Inspired by true events, the Bengali language film is the director's homage to his birthplace and follows the life of a grieving mother desperately trying to find a new identity, love and independence, but soon realizes that she is not the only scavenger in a city brimming with hunger.

Sengupta, 37, said though the film is set in Kolkata, people everywhere can relate to the story.

"I've always been conscious that everything will eventually become a memory, like a fairytale. That's where the idea of the title came from. It is also recording this one time that the city and the world is going through with the internet, TikTok, Instagram and all of this madness. There is nothing in the film that people can't relate to."

As someone who writes, paints and also dabbles in magic when not exploring the city and its people in his cinema, Sengupta said he is fascinated by people and how each one of them embodies a world within.

"Everyone embodies a world, which is not just their own. There are billions of them and that's very fascinating for me. Each one of them has a way of seeing the world, has a different socio-economic background, their own idea of grief, pain, love and happiness. That's the beauty of human faces because they depict time and perception," he said.

Similarly, Kolkata has a strong presence in his cinema be it the couple's story at the centre of his dialogue-less ‘Labour of Love’ or his latest film ‘Once Upon A Time In Calcutta’. One of the photographs from the film show the picture of the iconic 23-feet-long dinosaur outside Science City and an under-construction flyover in its backdrop. The dinosaur had to be pulled down a few years ago.

Sengupta said like most of the people, he has a love-hate relationship with his birth city.

"These relationships that one has with one's city are very abusive. You just hate something about it, but then you are forgiving of it and there's some sense of comfort also. So, it's very confusing."

Along with screen veterans such as Sreelekha Mitra and Bratya Basu, ‘Once Upon A Time In Calcutta’ features an ensemble cast in Satrajit Sarkar, Arindam Ghosh, Reetika Nondine Shimu, and Anirban Chakrabarti along with young debutant Shayak Roy.

Mitra, the director said, was someone that he always wanted to work with while it was fun to direct his father in the movie.

"Since he retired for the first one year, my father kept tottering around the house and would get involved in everything. So, when I started my company in 2013, I asked him to join it. He has always been interested in cinema and theatre and, in fact, Satyajit Ray had offered him 'Pratidwandi' first.

"It's fun to work with him because when I shoot, he comes every day and hangs out with all the technicians, they smoke together and everyone loves him on the set."

Sengupta represents a growing list of young filmmakers from India who are telling internationally-acclaimed stories that are highly original and personal.

Last year, ‘The Disciple’, the Marathi film directed by Chaitanya Tamhane, was in the main competition of Venice while Ivan Ayr's Hindi title ‘Milestone’ represented the country in a different segment of the same festival.

Asked what drives young filmmakers like him to come up with such personal stories for an international audience, Sengupta said it may have something to do with how they grew up during a simpler time.

"We have seen a time before the internet when you had to have a conversation with people. So finding love, sex, pornography or anything, there was a sense of discovery and there was a beauty to it, there was an unfolding and there were no reference points, there was no availability of things. So, even in the representation of cinema and in everything, there was a sense of discovery because we absorbed so much from physical interactions, which is why our connection with humans is stronger. Now, for me to even understand a person serving coffee in a Cafe Coffee Day outlet, I first need to pick my head out of my own phone and look at him or her," he said