Thalapathy Vijay To Do A Cameo In SRK’s Film Directed By Atlee Kumar: Reports

The cast and crew of the film have begun the production with SRK and Nayanthara in Pune for a 10-day schedule. 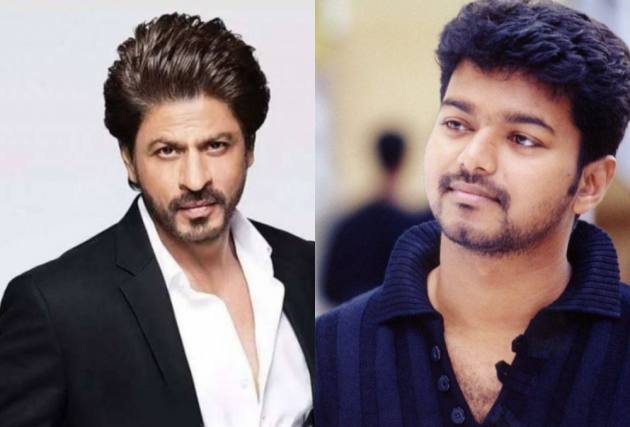 Actor Vijay, popular for his roles in Tamil-language films will reportedly be playing a cameo in the upcoming film starring Bollywood superstar Shah Rukh Khan, which will be directed by Atlee Kumar.

The film’s first schedule of the shoot has already begun in Pune.

According to several reports, Vijay who has worked with Atlee Kumar in popular films such as ‘Theri’, ‘Mersal’ and Bigil’, couldn’t say a “no” after the filmmaker approached him for the cameo role.

Previously, even Shah Rukh Khan had shared his fondness for ‘Thalapathy’ Vijay and the two stars had danced together at the Vijay Awards when King Khan received an award in Chennai.

Nayanthara is the leading lady of this untitled film. Several other big names have joined the cast of the film including Sanya Malhotra, Priyamani, Sunil Grover, and Yogi Babu. The cast and crew of the film have begun the production with SRK and Nayanthara in Pune for a 10-day schedule.