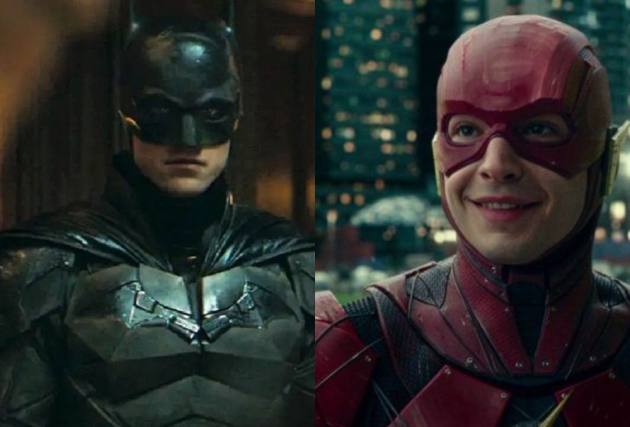 The first complete trailer of the upcoming film ‘The Batman’ directed by Matt Reeves and starring Robert Pattinson as the titular super hero was released at the 2021 edition of DC FanDome, the online fan convention.

While the trailer did not reveal much about the plotline, it has given hints that Paul Dano’s Riddler might be the primary antagonist. At the start of the trailer, Reeves without revealing Dano’s look, shows The Riddler holding a special fixation in Batman, as a serial killer while leaving clues in his inimitable manner.

The trailer however, does provide an extensive look into Zeo Kravitz’ Catwoman and Colin Farrell as Oswald Cobblepot aKa Penguin.

"I don’t want her to be an idea, you know, I want her to be a real human being in a real situation in a real city trying to survive and reacting to her own pain,” Kravitz said about her character during the panel with Pattinson and Reeves.

After trailer release fans were quick to conclude that the upcoming superhero movie is probably the darkest and most violent film featuring Bruce Wayne as Batman, which was associated with Christophar Nolan’s ‘Dark Knight’ trilogy till now. Pattinson’s voice, however, was noticed to be suprisngly low key, as compared to the previous Batmen, played by Christian Bale and Ben Affleck recently.

Meanwhile, actor Ezra Miller and director Tim Miller gave a teaster into the upcoming movie ‘The Flash’, which gave a sneak peak of Michael Keaton’s return as Batman in the much-awaited film. Miller showed off the first footage from the long-gestating project during the convention.

"We're very excited to show you the movie and we can't yet because we're still making it. We wanted to show you a teaser, but we can't because we don't have enough material to make a teaser yet.But we do have this small sneak peek that my maestro Andy (Muschietti) and I have put together that we really hope you enjoyed and I will see you in theatres later next year or more importantly, you will see me," Miller said, in a video message.

‘The Flash’ is one of the much-awaited titles from the DC Extended Universe, partly due to the fact that it will once again see actors Michael Keaton and Ben Affleck reprising their roles of Bruce Wayne aka The Batman from their respective movies about the caped crusader.

In the brief clip, Miller's Barry Allen aka The Flash is seen visiting the Batcave of Keaton's Batman and later travelling to the past to save his mother. It is followed by a scene of Miller flaunting his new superhero suit.

In the ending moments, the teaser showcases multiple versions of his character who are then introduced to Keaton's Batman, who has his back to the camera but can be identified from the shot of his iconic cowl.

The last scene sees Miller pulling off the sheet from the Batmobile of Keaton's Batman.

Andy Muschietti of ‘It’ series fame is tackling the Warner Bros' troubled superhero feature, which has been in the works since 2016.

Christina Hodson has penned the latest draft of the script that sees Flash go back in time to prevent the murder of his mother, an act that proves to have unintended consequences for his timeline. "The Flash" will also feature actor Kiersey Clemons as Iris West, the romantic interest of Allen, and introduce Sasha Calle as Supergirl.

Actor Ron Livingston is playing Allen's father Henry Allen, while Spanish star Maribel Verdu will appear as Nora Allen. ‘The Flash’ is scheduled to be released in the US on November 22, 2022.