The movie is based on the life of real-life stockbroker Harshad Mehta who was convicted for numerous financial crimes in the 1990s. 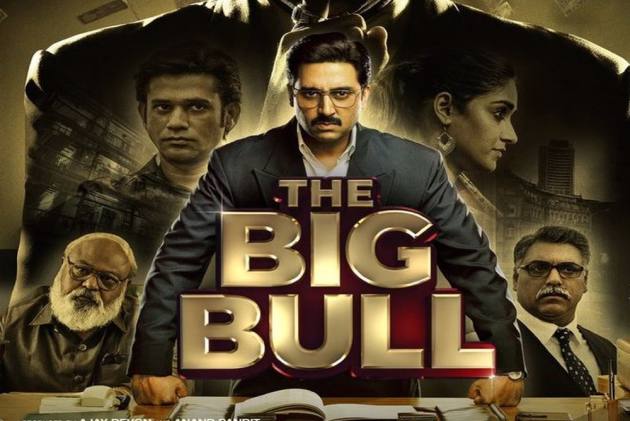 Abhishek Bachchan starrer 'The Big Bull' is set to stream on DisneyPlus Hotstar on April 8, 2021. Directed by Kookie Gulati, the trailer of the movie was released on YouTube on Friday.

The movie is based on the life of real-life stockbroker Harshad Mehta who was convicted for numerous financial crimes in the 1990s. Bachchan plays the lead role in the name of Hemant Shah, a middle-class Gujarati man who aspires to have a big bank balance and become India's first-ever billionaire.

The trailer captures the corruption in the Indian financial system and how Shah exploits it to rise to the top of the ladder.

Bachchan shared the trailer of the movie on his official Twitter handle. He wrote, "This was not just a scam, it was the #MotherOfAllScams! #TheBigBullTrailer out now. #TheBigBull releasing on 8th April on @DisneyplusHSVIP. "

Produced by Ajay Devgan and Anand Pandit, the movie also features Ileana D'Cruz, Nikita Dutta, and Sohum Shah in prominent roles. Ileana D'Cruz plays the role of a female journalist who exposes the story of what was considered the biggest financial scam in India.