The Great Longing For Home, An Excerpt From ‘A Bit Of Everything’

Sandeep Raina writes a thriller about putting together a home, losing it, becoming a refugee and encountering one’s worst nightmare. 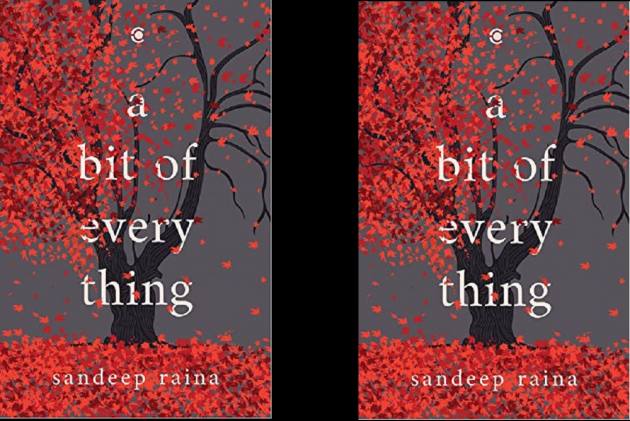 In the opening pages of ‘A Bit Of Everything’, Sandeep Raina writes -

‘It’s hard for refugees to write. The pain is so deep it cuts them every day. You don’t write about the grief that has become a part of you. You accept it.’

Yet Raina writes such a moving story about separation from one’s home, the slow tortuous way in which you find yourself turned into a refugee, and the moment when you realise you’re never returning home again.

This moving excerpt from the book is about the love of the protagonist - Rahul, for his home. How Rahul and his wife Doora fawned over their home, how their neighbours helped them put it together, before all of this was snatched away from them.

‘I love the house. I just love being in it,’ Rahul would say to Doora. He said this often, at least a few times a day.

‘That’s because you poured your heart into it,’ his wife would reply. She knew what to tell him those days.

In the early days, the house had brought out a childlike happiness in him, of the kind that comes from the possession of new things. His father had never had a house of his own. They had lived with relatives or in rented houses; he had heard his mother complain often that she would die in a rented house, that every man should build a house or else what kind of a man was he? To Rahul and Doora, the house had brought joy, and to him, the pride of having achieved something—of becoming a man.

The house’s plinth, like hope, had been raised on a hot Ramazan day in June. Ahad, his friendly butcher, had sent his shy teenaged son over with the lungs of a sheep dangling from his bicycle carrier, the colour of the boy’s cheeks the same as that of the freshly carved lungs. Rahul had cringed at the idea of flinging them up in the air for the circling kites, but Doora’s father had persuaded him to.

‘It pleases the gar divta. Just do it.’

Rahul didn’t believe in house deities. But he did what Doora’s father asked of him. Back then, Rahul was not in the habit of arguing.

But even Doora’s father couldn’t lessen the delight he took in building their house. He had loved watching it grow around them. The song of the chisels pecking at the grey-blue stones, the wood shavings curling and releasing the scents of deodars and pines, the mud-straw plaster on the walls giving out a fragrance like that of

the August rain—he watched over every sound, every smell, every step the house took. After it was all done and decorated, Ashiq Mir, the young owner of Rukhsana Cinema, had gazed at it for a while and exclaimed, ‘Haseen!’ The Mirs’ own grand stone houses had been designed by an architect from Srinagar, the city that was always a step ahead, so Ashiq Mir calling it beautiful was not a casual compliment. Rahul named it Haseen House.

Haseen House lived and breathed with him. Doora watched him bring it up, like a parent, and indulged him, pride making her cheeks glow. She floated about the house, waif-like, hungry for him to do more, paint more, polish more.

‘Do something magical to it. Let it woo me, entice me,’ she would say.

Seductive talk was not like Doora, but the house had brought about a change in her and softened her. She gave up wearing his trousers, shirt and sunglasses, and asking him to photograph her. She took to wearing saris with long trailing pallus instead. She would stick a pink rose in her hair bun and ask him how she looked, or sit beside him and stroke his shoulder.

Two years later, the pallus and roses were replaced by crumpled nightgowns and a hair bun the size of a walnut. Magic slipped away from the house and, slowly, she from him. Rahul was quick to assign this change in his wife to her childhood friend, Asha Dhar, who Doora locked herself in with for hours in their bedroom, chatting away. When the women were together, Rahul spent his time painting the house. With a frown, he painted the walls, ceilings, staircase, doors and windows. He painted the cemented skirting and even the plumbing. He hoped Doora would notice and sit down next to him to stroke his shoulder once again. He didn’t want to ask her if she found his company boring. Could a husband risk that? But it worried him and made him paint furiously. Once, he had peeked through the chink in the closed door and seen the two friends flipping through a photo album of his and Doora’s wedding. They had giggled as they discussed the bride’s jewellery, her golden sari and the groom’s grim face.

Haseen House craved beauty, and Rahul needed help. When the door handles rusted to an orange rash, he sought the gentle old Sikh who owned the picture-frame shop in Varmull. The old man scratched his beard a bit, tucked a pencil into his turban, then pulled out a sheet of fine sandpaper and a small tin of golden paint.

Rahul scraped the rust off the handles, taking care to keep away from the plywood of the door, and repainted each handle golden. When the bolts blistered and he heard Doora laugh inside the room, he went to the Sikh again, who promptly gave him a tin of zinc oxide. The old man was supportive and kind. Some people would have thought it strange that a professor of English spent hours painting bolts and handles. But the Sikh didn’t question him. He understood.

It was the turn of the door under the staircase. Rahul polished it quickly, the dry wood soaking up the varnish. Then he took out his brushes and painted on it impulsively. He usually let the brush take over. Olive green and yellow ochre: a dappled meadow. A sprinkling of cadmium yellow on the meadow: buttercups and dandelions. Then the brush slowed down and painted a peacock: Prussian blue, parrot green and cobalt blue for the long tail, and burnt sienna for the feet. He had never seen a peacock in Kashmir. He didn’t care. Laughter came from the closed room. The brush picked up speed, Rahul’s brows met, and a crease took over his usually calm forehead. Colours chose themselves and shapes appeared. A peahen formed. A beak and a neck, held wary and aloof. Painting brought him relief. A house needs paint like humans need clothes to cover their shame and guilt.

He paused. He had, unconsciously, painted the meadow on which Haseen House was built. Doora’s father had owned the meadow in the days when Kashmir had a maharaja. He had given it away to Rahul in dowry—the way brides were given away by fathers in those days—even when Rahul had insisted that he wanted no wedding gifts. But Doora’s father was not in the habit of listening.

The meadow sloped down into rice fields, at the end of which the Pir Mountains rose in snowy peaks. There was not an inch of Varmull’s horizon untouched by the mountains. They brought late sunrises and early sunsets, adding languor to their small town. The grey-blue stones for the house had come from a stone quarry—also owned by his father-in-law once—at the bottom of these mountains. The wood for the house had come from the deodar trees dotting those ranges and was cut at Mir Sawmill owned by Ashiq Mir.

Everything in Varmull belonged to someone. Rahul had bought some of the town’s things to build his house, and now, he owned them: the wood, the mud, the stones and other little bits of Varmull. This thought brought him deep satisfaction, like the feeling of new love. Only the meadow would never be his.

Rahul squeezed cobalt blue on to the palette and brushed it over a part of the sprawling meadow. The soft paint and the slow strokes calmed him. A greenish-blue pond formed. As the paints blended and things that could not be owned took form and became his, his spirits lifted. He made a few swift upward strokes of burnt sienna for reeds and added dabs of white for pebbles, with a flick of grey in each. He was almost done.

Doora appeared at the top of the staircase, Asha Dhar behind her, both radiant and secretive like schoolgirls, their eyes shining. They did not notice him. What could he do if he was serious-faced, a professor and poor, and had been a grim groom? What else was a young, orphaned groom meant to look like at twenty-three years of age in a black-and-white photo? He swirled the brush in a cup of white spirit and watched the liquid blacken.

Asha Dhar was a puzzling young woman. When he passed her on Tashkent Street, where they all lived, she would not talk to him or smile. This was, after all, normal for a young woman in Varmull—eyes pinned to the ground when a man walked past her, even if he was her best friend’s husband. No mumbled greetings, no smiles. A good Pandit girl from a good family. But in their house, in his house, she bubbled with laughter, mocking the photos of the grim groom and devouring their husband-wife weekend hours with little guilt.

‘Your stairs complain and groan all the way down,’ she told him now, her green-grey eyes bright and teasing.

‘Like an old man. I know,’ said Doora, sailing after her best friend, all devotion.

Rahul chucked all his brushes, unwashed and sticky with green, yellow, blue and black paint, into a cloth pouch. The paint on the bristles would harden later and perhaps break them too. He didn’t care. Many things were breaking in his house.

(Excerpted with permission from A Bit of Everything by Sandeep Raina, published by Context, October 2020.)