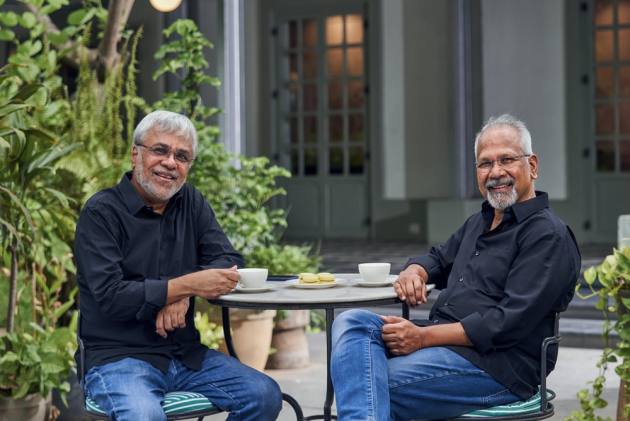 Filmmakers Mani Ratnam and Jayendra have anchored an anthology of nine films under the title of “Navarasa” with each film capturing one human emotion. The films have been directed by veterans like Priyadarshan and Gautham Vasudev Menon and younger ones like Karthick Subbaraj, Karthick Narain, Bejoy Nambiar, Sarjun, and first-time director Arvind Swamy while the entire project has been overseen by Ratnam and Jayendra.

In an interview with Outlook, Mani Ratnam and Jayendra talked about how the cause for which the anthology was made – the earnings would be distributed to the workers of the film fraternity hit by the pandemic – and the excitement of collaborating with so many filmmakers.

Q: What makes Navarasa special? But for OTT would you have attempted something like this?

'Radhe: Your Most Wanted Bhai' Got Great Response Because Of Salman Khan: Prabhu Deva

Mani: Nine different stories talking about nine different emotions was something special. Yes, OTT lends itself to different formats of story-telling – different kinds of stories in different lengths. It expands the horizon for the filmmaker.

Q: How much mentoring did the two of you do? Or did you just give the framework and step back?

Jayendra: We were available.

Mani: We were part of each one of them in some form or the other – right from the idea till now. As we watched them grow, we have been very proud of them.

Q: And did the directors have to make any adjustments while shooting for OTT? How was the young talent on display?

Mani: Making a film – for the big screen or OTT is almost the same. The filmmakers - devoted the same amount of effort, energy, and concentration, attention to detail. We were there to back these young folks. The young directors were confident and they were able to pick up the format and within that, we're able to excel. The end product was so different from each other

Q: Did you allocate them the portfolios – who should do which emotion?

Jayendra: All of them chose their own emotion. In case two picked on the same emotion we stuck to the first come first served formula.

Q: We have seen Navarasa being attempted on the dance stage. And years ago, Sivaji Ganesan essayed it in his “Navarathri”? Is it the first time one emotion for one film is happening?

Mani: Nine films being attempted on the entire spectrum of Navarasa is probably the first time. If the same had been attempted on the big screen each film could not have exceeded 15 minutes. On the other hand, OTT gives you the flexibility and time to tell a story. This concept was apt for the OTT platform. 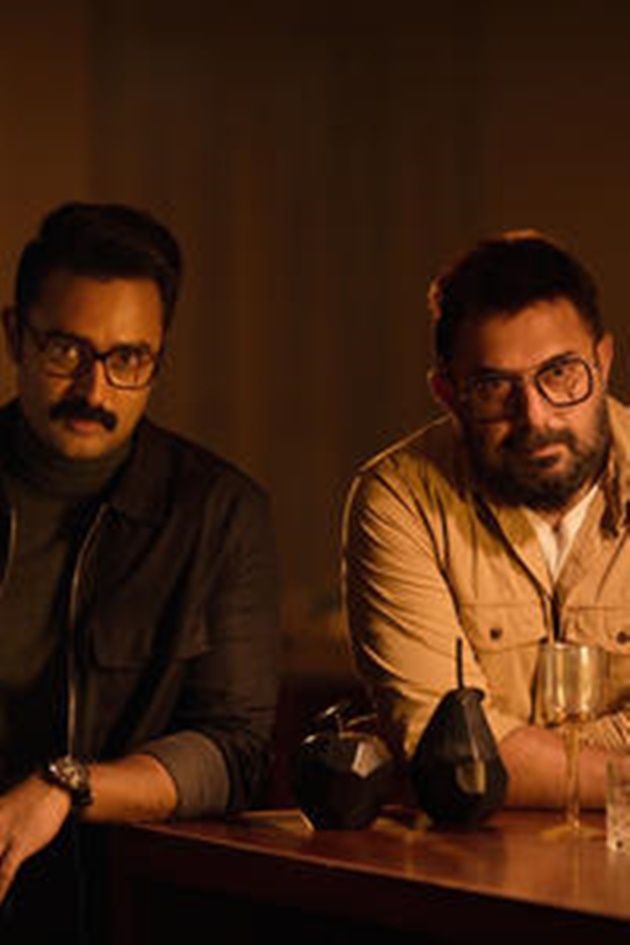 Q: Jayendra, you run a company that supplies equipment to cinema theatres for screening movies. Has OTT made a quantum difference to showing cinema that the existence of theatres is being challenged? Will people feel more comfortable watching movies on OTT than go to theatres which will affect their collections?

Jeyendra: Not OTT but the pandemic has made a difference to theatres as many of them across many countries have been closed. Now that the pandemic is receding theatrical business in some countries has resumed. I think people will choose both - like eating at home or going to a restaurant, which is both different experiences.

Q: Mani your “Ponniyin Selvan” is for the big screen only? And what is the status update?

Mani: It is for the big screen. Once the pandemic subsides, we are planning to complete the final portion of the shoot.

Q: OTT has proved that content is king and the director calls the shots. Does it mean the age of big stars and how they influence the course of a film will star waning?

Mani: I don’t think so. There will be stars and there will be James Bond. Superman will be there and will keep getting stronger. The magic of cinema on the big screen, seeing someone so larger than life playing a hero and fulfilling a wish will not go away at all. It will always be there.

Q: Do both of you feel film production as a business will become more transparent after the OTT experience since it takes away shady financiers and unwritten agreements between distributors and exhibitors out of the equation? The filmmaker now deals only with the OTT companies and everything is upfront. As a producer what is your take?

Q: Have any of you thought of making a web series in the future – like The Family Man or Maharani in Hindi?

Mani: I am sure it will happen very soon in Tamil. If we have a story that needs that kind of time it would get made as a web series.

Q: Do you think “Ponniyin Selvan '' given its large canvas and its timeline would be ideally suited to be a web series?

Mani: It depends on who is making it. It is not just the question of whether you have this volume of work but it should have that many ebbs and flows to justify the storytelling. I am sure despite me making it as a film someone in the future will make it as a web series.