“If I’m feeling like I need nourishment, or I feel like I need to feel cosy and I want to feel like in my heart more, then I make Indian food or order Indian food. I just love it," said actor Carrie-Anne Moss. 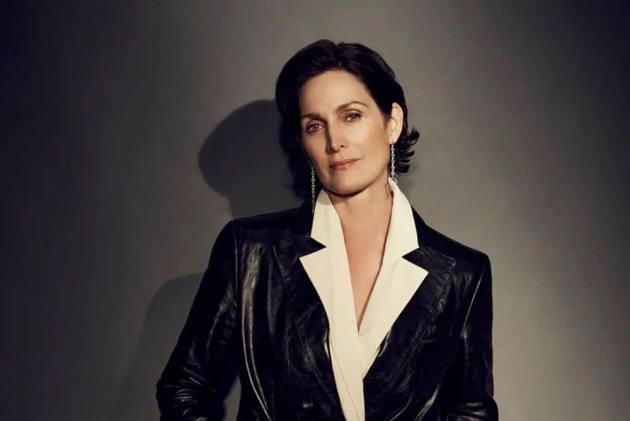 Canadian actress Carrie-Anne Moss, who is all set for the release of her film 'The Matrix Resurrections,' has always had a strong connection to India and its culture, and she intends to immerse herself in it and study it more authentically in the near future.

The performer, who is recreating her iconic character of Trinity in 'The Matrix Resurrections' after 20 years, explains that it's not only the country's culture that attracts her. Indian food is something she frequently turns to when she needs consolation.

“I mean, it is kind of shallow, but my most creature comfort food is Indian food. If I’m feeling like I need nourishment, or I feel like I need to feel cosy and I want to feel like in my heart more, then I make Indian food or order Indian food. I just love it. There’s something about it for me. Nothing is better than Indian food for me,” adds the 54-year-old.

Moss, who was born in Canada, began her career as a model and went on to play a variety of minor roles on television and in films until landing the role of Trinity in 'The Matrix.' There was no turning back for her after that.
She has appeared in films including 'Jessica Jones,' 'Pompeii' (2014), and 'Frankenstein' (2015). But it was 'The Matrix' multibillion-dollar series that garnered her the most renown, which is why returning to the tale for the fourth chapter was so significant to her.

Moss claims she has gathered her life experiences over the years as she prepares to play Trinity in the film.

“Since then, we have grown and evolved a lot. We (her and her co-star Keanu Reeves) have definitely evolved. We have grown old, become more mature, attained a larger world view, and have life experiences, which we can offer to the role while breathing life to the character,” she ends.

The film will release in theaters and HBO Max on Dec 22.