The Philosophy Behind Doing A Film Like ‘Bhoot Police’ Is To Make People Laugh: Saif Ali Khan

'Bhoot Police' is a story about belief and it’s one of the better scripts that I’ve read. 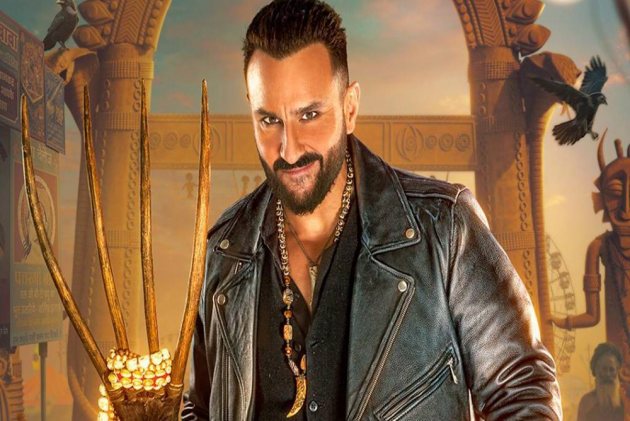 ‘Bhoot Police’ is the story of two tantriks who discover themselves when trying to ward off an evil spirit. Vibhooti (Saif Ali Khan) and Chiraunji (Arjun Kapoor) are brothers who pretend to be ghosthunters. They are the sons of the famed Ullat Baba (Saurabh Sachdeva) who died when Chiraunji was just 5 years old. Vibhooti doesn’t believe in the existence of ghosts and spirits.

While talking about his character, Saif tells Outlook, “Bhoot Police is a film about a couple of conmen who don’t agree with each other. They go on these adventures and one day gets the fright of their life and realise that there’s much more to this business than what they thought. It’s a comedy where things are not as they look.”

He adds, “It’s a story about belief and it’s one of the better scripts that I’ve read. The character I am playing is fascinating – he is a good guy but then he is also quiet and opportunist and evil at times. He is wicked and nice, caring and selfish, a bit of a swine and a hero.”

Watch: ‘Toofaan’ Teaches Us To Bounce Back After Every Difficult Situation, Says Director Rakeysh Omprakash Mehra

More Than Money, You Need Courage To Survive In Mumbai: Pankaj Tripathi On His Struggling Days As An Actor

“One of the reasons we make films is to provide entertainment at all times. You can be going through a rough time when there’s no pandemic. The philosophy behind doing such a movie is to make people laugh and entertain them,” says Saif while talking about comedy horror.

It wasn’t all fun for Saif to shoot for ‘Bhoot Police’. “There was one horrible time when we had to drive down from Dharamshala to our location and I would be sick every day. It might not be an interesting story but it made things difficult for me,” he tells while talking about behind-the-scenes moments.