This George Clooney directed coming-of-age drama might feel underwhelming in parts, but that’s the most powerful thing about the film! 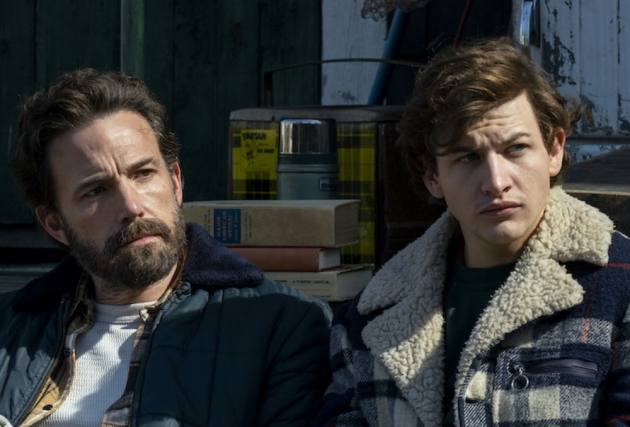 A sepia-tinged movie, with a duration of little over two hours, is supposed to make one feel everything, but give a warm fuzzy feeling, especially considering the fact that we are in the middle of January! Yet, George Clooney’s directorial ‘The Tender Bar’, is the very opposite. Despite the yellow-tinged scenes, the themes of an absent father and a curious love triangle, it just celebrates life in its simplest of forms.

And while many, have found it underwhelming, ‘The Tender Bar’ is exactly like one of those films, which one can watch over a lazy Sunday afternoon, wanting to feel nice about the world they live in, where there is not much drama, and everyone accepts life as it happens.

That is perhaps what’s the most powerful thing about this film which is based on the memoir of Pulitzer Prize-winning novelist JR Moehringer, chronicling his life, going from a working-class background to becoming successful at Yale University, while going through troubles, just like everyone else has in their lives.

JR’s first trouble is his missing father, who is missing ever since he was a young child. He finds his father figure in Uncle Charlie (Ben Affleck), who takes JR under his wings and becomes his friend, philosopher guide, and most importantly a sort of father figure, who JR turns to, whenever he needs advice. JR’s second trouble is the girl he likes, who is seeing someone else, and despite the obvious connection, it is pretty evident that love is not the only that that will make sure that the two end up together. JR’s final problem is that he wants to be a writer, but isn’t confident about his skills. There’s an extremely funny scene, where JR’s friend advises him to be a journalist instead, since he cannot write. Okay, not so funny, maybe, if you are a journalist.

A well intentioned but a light-hearted script combined with warm and sensitive performances by the actors is that gives the film, which might seem boring otherwise due to lack of any elements od drama, its identity and makes it stand apart from the rest of the movies that can be clubbed in this bracket. Ben Affleck stands out as Uncle Charlie, who is immensely likeable right from the first instant, dishing out whiskey and wisdom, both at the same time.

The fact that its rather uneventful, might make it seem slow and lead many to wonder what was the point of watching the film in the first place. There’s no revelation, or big reveal or a dramatic climax. In a lot of ways, it is just the visual description of a memoir, and guess that’s what Clooney, was going for as well.

But, perhaps that’s the challenge. To celebrate life for the simplest of joys, like family, friends and companionship. Perhaps it teaches that, looking for love might not always be the best solution, as JR notices himself in the film. Sometimes, you find love in the strangest of places. In this film and JR’s case, it was a bar.

‘Do It again’ by Steely Dan, which plays at the end of the movie, is perhaps the best way to capture the essence of the movie, in the sense that despite its underwhelming and seemingly-banal script, it’s a lovable film, which will probably evoke the same emotion, even after multiple viewings.