'Harry Potter: Return To Hogwarts' Trailer Out: Appears To Be A Nostalgic Treat For Potterheads

HBO Max released the first trailer for the special on Monday, following weeks of build-up with new images and teasers. 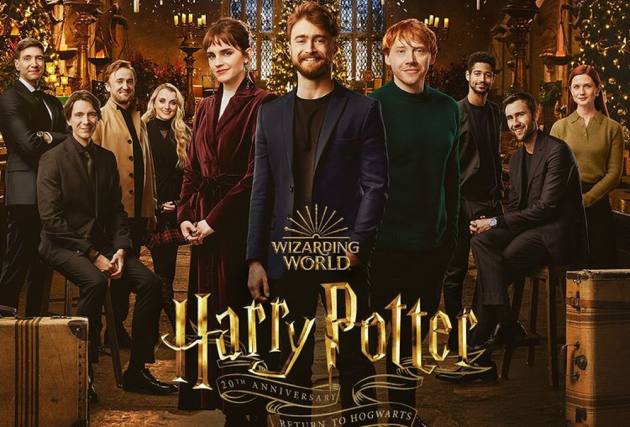 The trailer for 'Harry Potter and the 20th Anniversary: Return to Hogwarts' has arrived. The official 90-second trailer for the upcoming Harry Potter reunion special was released by HBO Max on Monday. It's an upcoming special that will bring Daniel Radcliffe, Rupert Grint, and Emma Watson, as well as director Chris Columbus and other cast members from all eight Harry Potter films, back to Hogwarts for the first time in 20 years.

HBO released a full trailer for the reunion special on Monday, featuring fresh interviews with the stars, after releasing a short teaser with footage from the eight films in November. With the exclusion of JK Rowling, the cast and crew of the film come together in the trailer.

The trailer begins by taking us down the memory lane to the railway station that connects the muggle and wizarding worlds, where we see Emma Watson, alias Hermione Granger, as an adult. “Think of that powerful memory. Make it the happiest one you can remember,” Radcliffe says in voiceover to open the trailer.

In the first trailer for the Return to Hogwarts reunion special, stars Radcliffe, Watson, and Grint tearfully reconnect with fellow Harry Potter co-stars.

“When things get really dark and times are really hard, there’s something about Harry Potter that makes life richer,” says Emma Watson in the trailer. Radcliffe and Grint, who played Harry Potter and Ron Weasley, will join Watson, who played Hermione Granger in all eight films.

The upcoming special, which will broadcast on January 1, will reunite the franchise's actors from the eight-movie series.