Don’t Shut Me Down’ By Abba To Bhoot Police’s ‘Mujhe Pyaar Pyaar Hai’, here's our pick of the top five songs that released this week. 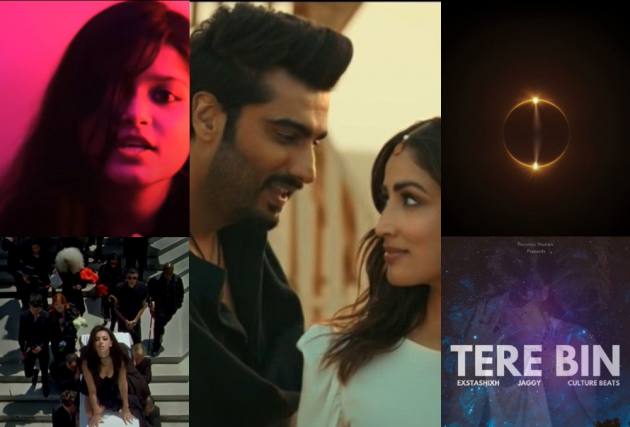 ‘Don’t Shut Me Down’ By ABBA

Yes, They are back! After 40 years ABBA are back, and from their latest album, probably ‘Don’t Shut Me Down’ shades the rest of the songs. The song will give you that nostalgic feeling of listening to ABBA you know the piano-rolls and the guitar portions that can only be associated with ABBA’s music. What a way to announce your comeback!

‘Good Ones’ By Charlie XCX

Another brilliant song by Charlie XCX, who continues to push the boundaries of commercial pop music. ‘Good Ones’ is that typical-sounding pop song, with a very groovy bassline, and the bass drops are just well timed, that you almost like it when it hits you all in one go!

Its got that sufi music feeling, a beautiful love duet, the kind of a song we are all used to listening to from Bollywood films. The lyrics talk about that perfect, almost cheesy and mushy love. While the sort of make you feel like are listening to that typical hindi romantic song, the composition and the arrangement still doesn’t make it sound like you are listening to an old-school song. Maybe, just maybe, the composers could have added a little more singing portions for Shreya, because the vocal harmonies of Armaan Malik and Shreya Ghosal are just too, too good, that you’d probably want them to keep singing forever.

This song has got that very American hip-hop vibe, especially the kind of bass-heavy hip hop songs that are being created now. But this song just proves that indie musicians, are probably are a step ahead than their popular musician counterparts here in India when it comes to the ability of producing tracks that can actually get an attention on an international level. This song, is perhaps that perfect example of that.

Indie space is brimming with talent and Arttee is another one of those artists, whose amazing and unique musical sensibilities will, soon make her a popular name in the indie circuit. Very dream like and electronic space vibe, her music is hauntingly and painfully beautiful and the chorus feels like she is taking out all the frustration and anger out, and it is just this beautiful song. After listening to it you will be in a completely different space, and would want to listen to song once again.