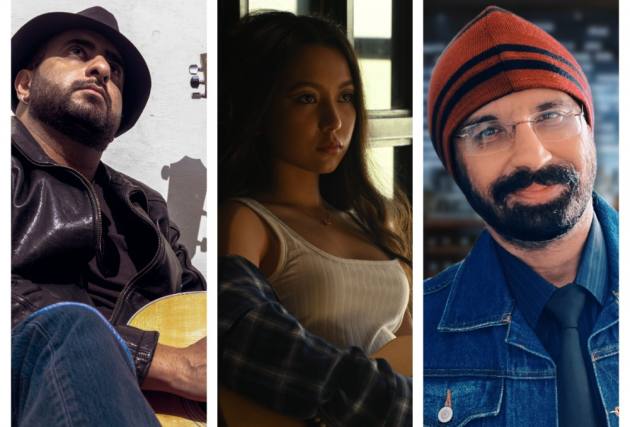 A total of five songs have been submitted by these three indie artists, which is a big achievement considering the simple fact that none of them are signed on with big music labels, who pump in money in the promotions and marketing of the artist who is working with them.

“Never in my wildest dreams did I ever think that I would achieve these amazing positions at such a young age. I am so thankful for all the love and support I have gotten from everyone around me,” says the 17-year-old Delhi based musician, Kiara Chettri, who has submitted her song ‘Why’, to be considered for nomination in the Best Pop Solo Performance category by the Recording Academy, which will later announce the final nominations later this month.

“I honestly don’t know what is going to happen next in terms of nominations but all I know is that whatever happens, I am so happy to have made it to this point in my career. The day I started writing lyrics for ‘Why’, I knew that this song would take me somewhere. I have and always will have a very special connection to this song,” she adds.

Although there is a still way to go before the Recording Academy announces the final nominations, these artistes feel, that even being able to send in their songs as submissions is a pretty big deal for them.

“There is a one in 22000 chance of getting nominated, let alone winning. Recording Academy voting members are experts in creation, covering all genres and categories and leaders of the music industry as a whole. To participate is to learn what needs to be done to keep the quality of creation high,” says Vineet Singh Hukmani, who had also submitted his song ‘Mask’ in the Best Rock category last year’s Grammys as well.

“Last year when my rock track ‘Mask’ was submitted for the first time ever for the Grammys, it began with a feeling of intense overwhelming gratitude and then a child-like longing of getting nominated or winning. Grammy submission is just an entry and we need to be grateful but realize that it takes a lot to get nominated or win and we must respect the artists who do as we can learn from them!” he says.

“I follow the Recording Academy on their socials and it is inspiring to see all that they need to do and how difficult it is to do that, to make sure this peer-to-peer award retains its stature and sheen,” he adds.

“Honestly, I was thinking I would have to be happy to get a single submission, but having a huge body of work this year, in so many genres, made me secretly wish for more and I am grateful that God answered that prayer,” he says.

“This has reaffirmed for me that the multi genre approach for me is the best one as it allows entry into many mainstream categories, thereby allowing the probability of recognition to be just a tad bit higher. People learn from people and Grammy submission is the best way to learn from the best!” adds Hukmani.

The excitement and the sheer joy is understandable. As Rohan Solomon, who has submitted his song ‘We Demand Change’ in the Best Rock Category, says, it is a “stage” these musicians have never achieved before, and never probably even imagined to be considered for Grammy nominations.

“It feels great. It’s a stage as an artist that I've never achieved before, so it’s an honour to have impressed someone on the voting board enough to have them vouch for the track and submit it. I’m very thankful to have someone believe in my work and be confident enough to submit it for the Grammys,” he says.

“This feeling that actually seeing your name up there is an amazing feeling. I’m very humbled by the confidence shown and opportunity provided,” adds Solomon.