Tina Desai: I Naturally Gravitate Towards Characters That Are Extremely Twisted

In an exclusive conversation with Outlook, actress Tina Desai talks about being stuck in between TV and films, before the advent of OTT platforms, which she feels has changed things completely for many artistes who are like her. 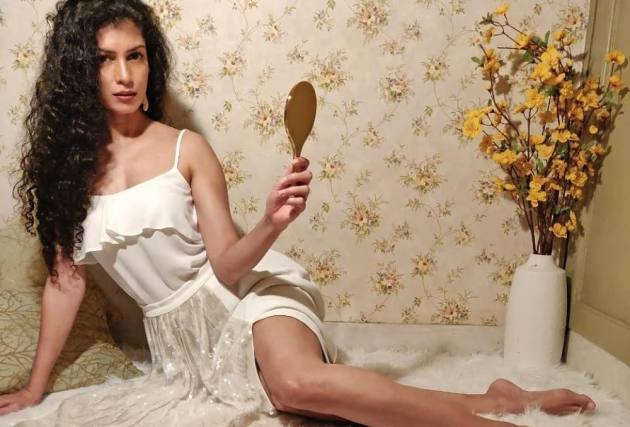 Be it the Netflix sci-fi series, 'Sense 8', the recently released Amazon Prime Video series ‘Mumbai Diaries 26/11’ or the upcoming series ‘Guilt’, actress Tina Desai has a lot to thank the OTT platforms for.

“They have given an artiste freedom to do more. The scope of what we consider as entertainment has broadened. Things like what you would do for creative satisfaction as an artiste now and all of that has gone away now,” she tells us.

“It has been like a welcome change for many of us,” says Tina further explaining how actors like her, before the advent of OTT platforms, were stuck in between TV and film industries.

“There was this constant commentary about the slightly regressive content that was there on TV and in films as well, there were limited genres, like many of them preferred to stick to the romantic genre,” she says.

“So there was a general feeling that there were a lot many stories that were not being told. But all that has changed now and all those arguments have gone out of the window as it were. Now you can show an audience a dark story, or show a story about the interiors of the country and they have accepted it all. I just hope that this boom lasts,” adds Tina who gave a break through performance in in British Film 'The Best Exotic Marigold Hotel' in 2012.

"That remains one of the few films, which surprisingly did well and actually was applauded back in the UK for its themes, especially about how the society over their tends to neglect the elderly over there. Then it became a part of in-flight entertainment for every flight I think, and yeah! I think, it will eventually come on an OTT platform," she says.

“It as just so well researched and the script was so tight, that it felt extremely relatable. Plus Nikkhil (Advani; the creator of the show) is someone who makes very dark stuff and doesn’t shy from showing the gory stuff, which I think, was needed for a series like this,” she says.

Her upcoming series ‘Guilt, will see her in a completely different character. While the xx-year-old actress couldn’t share much about her character, she said a yes to be a part of the show, because the character is “extremely twisted”

“I think I naturally gravitate towards characters that are extremely twisted. Apart from that it also stars Jaideep Ahlawat and Zeeshan Ayyub, and it is directed by Shaad Ali. They were also extremely important factors in me deciding to take up the role, as well,” she signs off.